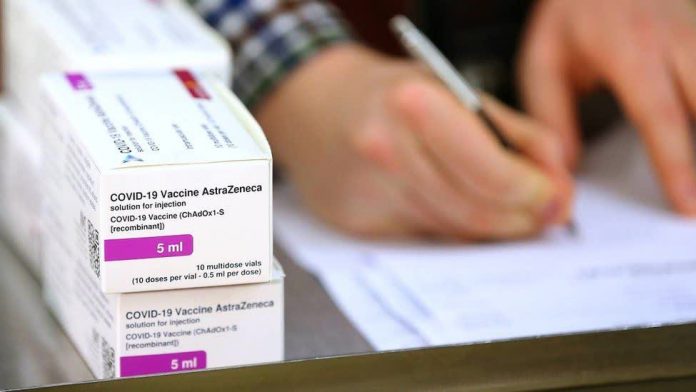 BBC.COM-Six hospital trusts will begin administering the jab on Monday, with 530,000 doses ready for use – Reuters

First doses of the Oxford-AstraZeneca coronavirus jab are to be given as the UK accelerates its vaccine programme to tackle a surge in cases.

More than half a million doses of the vaccine are ready for use on Monday.

The health secretary described it as a “pivotal moment” in the UK’s fight against the virus, as vaccines will help curb infections and ultimately allow restrictions to be lifted.

But the PM has warned tougher virus rules may be needed in the short-term.

Boris Johnson said regional restrictions in England are “probably about to get tougher” as the UK struggles to control a new, fast-spreading variant of the virus.

On Sunday more than 50,000 new confirmed Covid cases were recorded in the UK for the sixth day running, prompting Labour to call for a third national lockdown in England.

Northern Ireland and Wales currently have their own lockdowns in place, while Scottish cabinet ministers will meet later to consider further measures.

Six hospital trusts – in Oxford, London, Sussex, Lancashire and Warwickshire – will begin administering the Oxford-AstraZeneca jab on Monday, with 530,000 doses ready for use.

Most other available doses will be sent to hundreds of GP-led services and care homes across the UK later in the week, according to the Department of Health and Social Care (DHSC).

Health Secretary Matt Hancock said: “This is a pivotal moment in our fight against this awful virus and I hope it provides renewed hope to everybody that the end of this pandemic is in sight.”

But he urged people to continue to follow social distancing guidance and coronavirus rules to “keep cases down and protect our loved ones”.

As the recent rise in Covid cases puts increased pressure on the NHS, the UK has accelerated its vaccination rollout by planning to give both doses of the vaccine 12 weeks apart, having initially planned to leave 21 days between jabs.

The UK’s chief medical officers have defended the delay to second doses, saying getting more people vaccinated with the first jab “is much more preferable”.

Make no mistake, the UK is in a race against time.

That much is clear from the decision to delay the second dose of the vaccine to focus on giving as many people as possible their first doses.

There is evidence to suggest that may make the Oxford-AstraZeneca vaccine more effective, but it is less clear for Pfizer-BioNTech as the trials did not look at using the vaccine in this way.

But even if something is lost in terms of protection from infection, one dose still prompts an immune response that will help ward off serious illness.

So how fast can the NHS go? Ultimately it wants to get to two million doses a week.

That will not be achieved this week – there are thought to be only around one million doses of the two vaccines ready to use.

But today marks the start of the NHS putting the accelerator to the floor.

A rapid increase in the vaccination rate should follow.

In fact, the limiting factor may well be supply rather than the speed at which the NHS can vaccinate.

With global demand for vaccines, ensuring there are enough doses ready-to-go is likely to be the biggest challenge.

The Pfizer-BioNTech vaccine was the first jab approved in the UK, and more than a million people have had their first one.

The first person to get the jab on 8 December, Margaret Keenan, has already had her second dose.

The Oxford jab – which was approved for use in late December – can be stored at normal fridge temperatures, making it easier to distribute and store than the Pfizer jab. It is also cheaper per dose.

The UK has secured 100 million doses of the Oxford-AstraZeneca vaccine, enough for most of the population.

Care home residents and staff, people aged over 80, and frontline NHS staff will be first to receive it.

GPs and local vaccination services have been asked to ensure every care home resident in their local area is vaccinated by the end of January, the DHSC said.

Some 730 vaccination sites have already been established across the UK, with the total set to surpass 1,000 later this week, the department added.

The Oxford vaccine rollout comes as rows continue over whether pupils should return to school with the current high levels of Covid infections.

Many of England’s primary schools are opening as term begins on Monday, but there is uncertainty over how many classes could be closed after advice from a teachers’ union that it is not safe for staff to be in school.