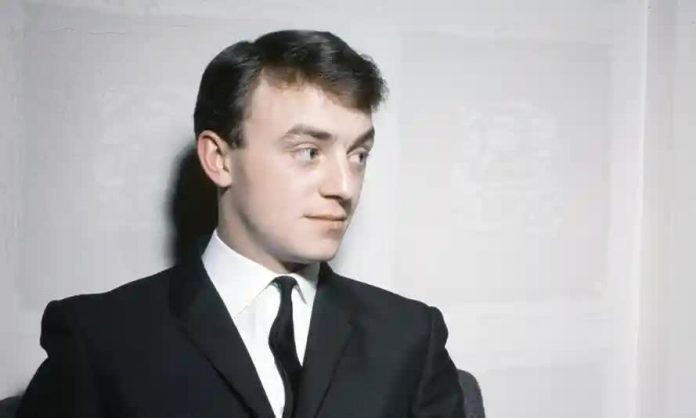 Gerry Marsden shot to fame in the 1960s as the leader of Gerry and the Pacemakers. Photograph: Mirrorpix/Getty Images

Gerry Marsden, the lead singer of Gerry and the Pacemakers, known for hits including You’ll Never Walk Alone and Ferry Cross the Mersey, has died at 78 after a short illness.

He shot to fame in the 1960s as the leader of the Merseybeat band at a time when Liverpool was the centre of the musical universe.

Marsden’s family said in a statement on Sunday: “Gerry died earlier today after a short illness in no way connected with Covid-19. His wife, daughters and grandchildren are devastated.”

He went into hospital on Boxing Day after tests showed he had a serious blood infection that had travelled to his heart. His daughter Yvette Marbeck told the PA news agency: “My sister Vicky and myself have always been very, very proud of Dad … He was our hero, wonderful.”

She added: “It was a very short illness and too quick to comprehend really. And his heart has taken some battering over the years. He had a triple bypass, an aortic valve replacement and ironically he also had a pacemaker.

“I am just devastated and heartbroken. Unfortunately, he died in hospital, which was devastating for us because we were not allowed in due to the current regulations.”

The Pacemakers topped the British charts in 1963 with their first three singles, How Do You Do It?, I Like It and You’ll Never Walk Alone, a Rodgers and Hammerstein composition from the musical Carousel. The song became the anthem of Liverpool FC, sung from the Kop at every game. The club tweeted: “It is with such great sadness that we hear of Gerry Marsden’s passing. Gerry’s words will live on forever with us. You’ll Never Walk Alone”.

Gerry and the Pacemakers played regularly alongside the Beatles. Both groups were part of Brian Epstein’s Liverpool-based management stable.

They played together for the first time in June 1960 – when the Beatles were still the Silver Beetles – and in December that year they were contracted to play a four-month stint in Hamburg, prompting the group to give up their day jobs to become professional musicians. “We went over with the Beatles and had a good laugh,” Marsden later recalled.

The group’s first hit, How Do You Do It?, was first recorded by the Beatles in 1962, but rejected by them and given to Marsden’s band by the producer, George Martin, becoming their first No 1 in April 1963.

Sir Ringo Starr tweeted: “God bless Jerry Marsden peace and love to all his family.” He then tweeted: “Gerry. Gerry.”

The Cavern Club, where both bands regularly played, tweeted:

Ferry Cross the Mersey was released in late 1964 and reached No 8 in the UK. In 1989, Marsden topped the charts with a new version of the song recorded with fellow Merseyside artists the Christians, Holly Johnson and McCartney in aid of the victims of the Hillsborough disaster, in which a crush of Liverpool fans at a stadium in Sheffield resulted in 96 deaths.

Marsden married his wife, Pauline, in 1965 and the couple had two daughters.

His version of You’ll Never Walk Alone re-entered the charts in March at the start of lockdown, after he encouraged people to sing it from their doorsteps during the weekly Clap for our Carers. Captain Tom Moore topped the charts in April with his own version recorded with Michael Ball and an NHS choir to raise money for health service charities.