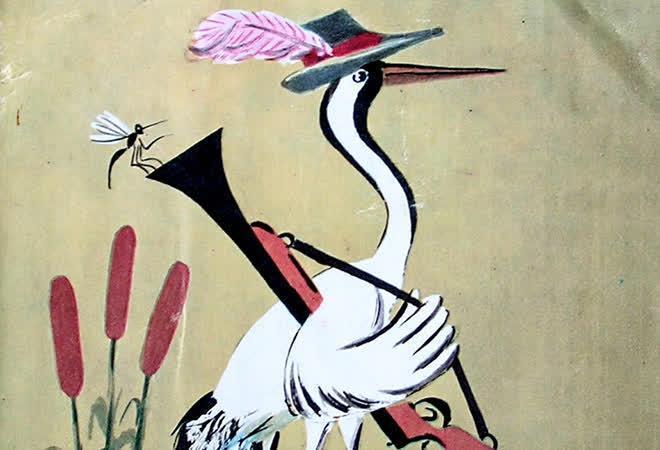 It is the ongoing changes in the international system and impact of global recession that have laid bare the challenges before Russia.

Russia in 2020 was affected by several domestic and foreign developments. Among others, it started with Constitutional changes; the pandemic and its wide-ranging effects; the impact of the poisoning of opposition leader Alexei Navalny; the crisis in Belarus, Kyrgyzstan, and Moldova and the unexpected Nagorno-Karabakh war.

One of the key constitutional changes included a reworked provision limiting future presidents to two terms in total. While in itself a positive move, the reset means President Vladimir Putin will be theoretically eligible to extend his term till 2036 even though he is yet to declare his intention to do so. The move was considered necessary to quell constant elite speculation around his succession in 2024 and render him a “lame duck” president.

The other amendments included inflation-linked pension, a guaranteed minimum wage, and a ban on gay marriage. Some of the powers of the president were strengthened further, including the provision where the Federation Council can remove top judges of the Constitutional and Supreme Court on receiving a proposal from the president. Also, the Duma (lower house of parliament) has been given more powers in appointment of the cabinet, while the State Council becomes a constitutionally recognised body with enhanced powers. The impact of the latter two measures will only be visible only in the longer-term, once it’s clearer if they have diluted or strengthened ‘an already super-presidential system.’ All these were put forward as a package deal for public approval through a referendum.

While in itself a positive move, the reset means President Vladimir Putin will be theoretically eligible to extend his term till 2036 even though he is yet to declare his intention to do so.

The success of the referendum combined with the necessity of dealing with the economic impact of COVID-19 relegated the 2024 question to the background for the rest of the year. The pandemic triggered a worldwide recession, with low demand negatively impacting oil and gas prices. The Ministry of Economic Development expects the economy to shrink by 3.9 percent and reach an average annual growth of 3.2 percent in 2021-23. These figures are not in line with those of the IMF or even Russia’s own Audit Chamber, with the latter predicting a more modest 2 to 2.2 percent average growth in 2021-23.

The Russian economy had only begun recovering slowly in 2017 from the impact of 2014 sanctions, and was still lagging behind average global growth levels. Russians are now facing a decline in real disposable incomes, higher inflation, rising unemployment and falling wages. This led first deputy Prime Minister Andrei Belusov to talk about the need to ‘update the economic model over 3-4 years, overcome its structural drawbacks and form new internal growth drivers.’ The key challenges before the Russian economy, including dependence on hydrocarbon revenues, remain structural in nature and were present much before the present crisis hit. The pandemic has only served to expose these underlying shortcomings at this time.

Economic recovery and growth is all the more important for the Kremlin, ahead of the 2021 State Duma elections. An inability to do so would mark a break in its social contract under which citizens accepted some political restraints in exchange for a stable economy and improving living standards. This would be detrimental at a time when the ruling pro-Kremlin party, United Russia, is registering some of its lowest popularity ratings at around 30 percent.

Navalny is the most visible face of the non-systemic opposition in Russia and faces regular challenges to his activities but a brazen assassination attempt has commentators wondering if the unwritten rules for ‘permissible opposition’ were changing ahead of the 2024 question.

And while talking of elections, one can hardly neglect to discuss the Russian opposition leader, Alexei Navalny, whose poisoning on Russian soil by what European labs have said is a new variant of Novichok dominated headlines in the latter half of the year. Western investigations have blamed the Federal Security Service (FSB) for the operation. Navalny is the most visible face of the non-systemic opposition in Russia and faces regular challenges to his activities but a brazen assassination attempt has commentators wondering if the unwritten rules for ‘permissible opposition’ were changing ahead of the 2024 question.

In October, the EU imposed sanctions on six prominent Russian individuals over the Navalny poisoning, prompting Russia to impose counter sanctions in December. This ratcheting up of tensions with the EU over the Navalny poisoning, which led foreign minister Sergei Lavrov to threaten cutting off dialogue, was only par for the course for Russia-West relations that have continued their downward spiral since 2014. The positions of the EU and Russia on critical agenda items have steadily drifted apart from each other, with bilateral relations expected to take precedence over broader ties with the Union.

Arms control, the key strategic item on the US-Russia agenda, remained in limbo as the year ends without an extension of the New START treaty ahead of its expiration in February 2021. The US had earlier withdrawn unilaterally from virtually all Arms Control agreements as well as the Open Skies Agreement. While the election of Joe Biden bodes well for an extension of the New START, questions about the future direction of arms control remain as the dimension has now expanded beyond nuclear weapons to include the cyber domain and new weapons technologies.

Arms control, the key strategic item on the US-Russia agenda, remained in limbo as the year ends without an extension of the New START treaty ahead of its expiration in February 2021.

Meanwhile, barring arms control issues, relations with the US are not expected to improve. Russia expects no relief on the sanctions front and the areas of disagreement are hardly expected to narrow down under the new administration. The latest news of ‘large-scale hacking of US government agencies’ being attributed to Russia has only further muddied the waters at this crucial time.

Russia also had to deal with a restive neighbourhood in 2020: Popular protests in Belarus following disputed presidential elections, cancellation of presidential election results in Kyrgyzstan after accusations of vote-buying and a populist installing himself as the next leader, Moldova electing a pro-EU president, and fierce fighting between Armenia and Azerbaijan over Nagorno-Karabakh. Taken together, while Russia maintained its position, the nature of its neighbourhood engagement has been undergoing a steady change over the years based on what has been described as ‘priorities in a new reality’ and national interests involved.

The EU’s rejection of Alexander Lukashenko’s victory claim has put an end to the latter’s efforts to balance between Russia and the West. Russia did not intervene militarily despite fears of a close ally installing a pro-EU government on its borders, but it did extend political support to the incumbent. For the moment, this keeps Belarus in Russia’s orbit while not antagonising the protestors against the former superpower. But this marks an uncertain future for Belarussian politics and Russia’s ability to preserve its interests in a country that is a buffer between its territory and NATO states.

The EU’s rejection of Alexander Lukashenko’s victory claim has put an end to the latter’s efforts to balance between Russia and the West.

The most challenging neighbourhood crisis was the fighting in Nagorno-Karabakh, in which Turkey-backed Azerbaijan clashed with Armenia over the disputed territory. The significant loss of territory puts Armenia on the losing side with Turkey staking a claim to being a major player in the Caucasus. In the end, Russia came out as the only power capable of bringing the warring sides to the negotiating table. Performing a delicate balancing act, it managed to preserve its bilateral relationships with Armenia and Azerbaijan, while avoiding interfering militarily, except as a peacekeeper. Turkey’s involvement, however, shows that Russia is no longer the sole undisputed power. While speculation about whether the final ceasefire document was a victory or loss for the Kremlin continues, it is clear that Moscow has been adjusting to its relative decline in influence in a changing regional order.

At the global level, as US-China competition gathers pace, the role Russia decides to play will have an indelible impact on the future trajectory of its foreign policy. As China expands its influence, Russia will have to figure out its plan to ensure strategic independence while preserving the increasingly cordial relationship, especially at a time when its options in the West for establishing a balance are very limited.

This also raises important questions for the India-Russia relationship, which has seen continued expansion of defence ties even as New Delhi comes closer to the US and other like-minded powers in Asia in response to an increasingly aggressive China. Earlier in 2020, Russia facilitated talks between India and China after they clashed violently in eastern Ladakh. Amid a changing world order characterised by a rising China, India and Russia have seen their foreign policy goals diverge in certain areas, revealing the pressure the international system is exerting on their bilateral equation. Their cordial relationship has an important role to play in maintaining foreign policy autonomy for both New Delhi and Moscow.

Amid a changing world order characterised by a rising China, India and Russia have seen their foreign policy goals diverge in certain areas, revealing the pressure the international system is exerting on their bilateral equation.

While Russia in 2020 dealt with questions of succession, the impact of the pandemic, a restive neighbourhood, a new US administration and the rest, it is the ongoing changes in the international system and impact of global recession that have laid bare the challenges before Russia.

The much-needed structural economic reforms, future of political parties and leadership, climate change, the rise of China, hostility with the US-led West and an uncertain emerging world order are all challenges that demand long-term solutions. Whether Moscow will match its ambition of being a great power with relevant capacity, and whether Putin is the leader to provide this long-term vision are questions that will increasingly be asked in the coming days.

The views expressed above belong to the author(s).