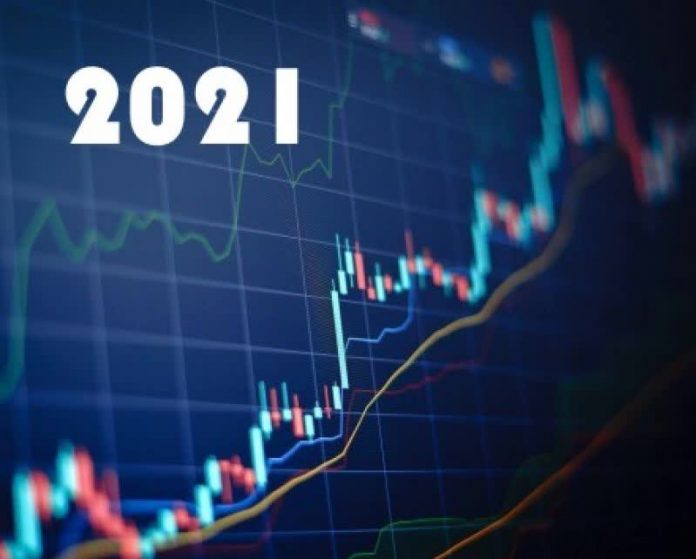 https://www.turan.az-The year 2020 has hampered the development of not only the Azerbaijani economy but also the global economy. The weakening of global demand over the past year with the negative impact of the threatening COVID-19 pandemic has created similar problems for most countries with different economic structures and systems: consumer expenditures fell, government expenditures rose, investment and trade turnover declined, fiscal discipline was broken, and debts increased. As a result, the global economy has become unbalanced, value chains have weakened, debts have peaked, and all this has had a greater impact, especially on the economies of countries closely integrated into the world market. The vast majority of them, including Azerbaijan, ended 2020 with negative results, the country has a balance of payments deficit, incomes of the population are declining, and the real sector of the economy is in decline. In this situation, the Azerbaijani government violated the 3% budget deficit limit and the rules of transfers from the oil fund to ensure fiscal balance.

Although the level of economic recession in Azerbaijan in 2020 is lower[1] than the world average, the national economy will enter 2021 with more difficult conditions. These conditions are further complicated by the continuing global uncertainty about the pandemic, which sends negative shocks to the economy and consumers, the still unclear global economic conjuncture in this condition, and the hesitations from investors.

While average oil prices are projected to be higher than last year in 2021 and aggregate demand determinants such as significantly weakening consumption and investment are expected to recover significantly in 2020, most likely, the relative increase in resource revenues based on the price factor will not be sufficient to boost immunity against the crisis. An important issue to be addressed in 2021 is to create a business environment with more favorable conditions for attracting investment to the national economy. Calls for the liberation of the occupied territories after the 44-day war create new needs for the coming year. It will not be possible to meet these needs only through a positive correlation between the transfer of the State Oil Fund to the state budget and the cost of state capital investment from the state budget as before. To do this, in 2021, the dominant role of domestic sources in total investment should be reduced, and sources of funding should be diversified through public-private partnerships. All this also requires maintaining financial stability and low inflation. The statement of the Central Bank of the Republic of Azerbaijan on the main directions of monetary and financial stability policy for 2021 states that the ultimate goal of monetary policy in 2021 will be to manage inflation in the range of 4 ± 2%.[2]

One of the important factors for the Azerbaijani economy is the price of oil on the world market for 2021. The consensus price for major think tanks by 2021 is projected at $ 48 per barrel. Therefore, during the preparation of the budget, the Azerbaijani government took the base price of oil at $ 45 per barrel. The price of oil on the world market will depend on the level of aggregate demand for energy in the global economy, which is directly related to the level of coverage and impact of the COVID-19 pandemic. Depending on all this, in 2021, economic activity in the real sector of the Azerbaijani economy is expected to gradually recover. According to official forecasts, the real economic growth rate in 2021 will be 3.4 percent in the baseline scenario, including 3.1 percent in the non-oil sector. According to the forecast, the country’s GDP will increase by 4.8% in 2022, 3.7% in 2023, and 3.1% in 2024. As for non-oil GDP, its growth is expected to be 4.1% in 2022, 3.5% in 2023, and 3.6% in 2024. As can be seen, non-oil GDP is expected to grow by an average of 3.7% in 2021-2024.

According to the budget approved by the Milli Majlis these days, next year’s state budget expenditures are expected to increase by 3.8 percent compared to 2020, including capital expenditures by 7.9 percent. 7.7% of the expenditures will be directed to the project on restoration and reconstruction of the liberated territories. Thus, the increase in government expenditures and capital investment from various sources through the start of rehabilitation work in the liberated territories may become one of the main factors contributing to the economic recovery in 2021.

One of the drivers of economic growth in 2021 may be the sale of state assets and the privatization of large state-owned enterprises. Although Azerbaijan Investment Holding, a public legal entity launched on August 7, 2020, has already started working in this direction, the long-term effectiveness of structural reforms in the economy will depend on finding a healthy investor and attracting them to this process. In the short term, the sale of assets could become one of the sources of financing the budget deficit at the level of 4.1% of GDP, which is expected in 2021.

In any case, structural reforms in 2021 will not lead to significant changes in the debt obligations of large state-owned enterprises. Therefore, in 2021, along with the state budget, the expenditures of large state-owned enterprises on the foreign debt will increase. This factor will serve as a counter-argument to prevent the devaluation of the manat in 2021. However, the probability of devaluation of the manat will be high in 2021, and its realization will depend on the dynamics of foreign exchange earnings from exports and world oil prices.

The increase in social obligations in the post-war period, the limited opportunities to share government expenditures with the private sector in this area, as well as the expansion of unemployment and poverty will increase social tensions in 2021. The expansion of the potential to create new jobs in the national economy will depend on the creation of a favorable business environment, legalization of the shadow economy, strengthening the fight against corruption and monopolies, liberalization of the economy and trade, fiscal and administrative decentralization. Therefore, 2021 sets many important tasks for the government. The government has no choice but to carry out structural and institutional reforms in the economy to meet these challenges.