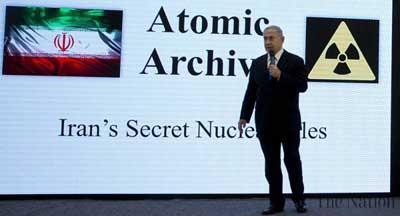 Iran rejects Israel’s allegations regarding its nuclear programme and does not consider uranium enriched up to 20 percent to be the end of the nuclear accord, Iranian Deputy Foreign Minister Abbas Araghchi stressed.

“Such accusations are heard from the Zionists all the time and have no foundation, being empty”, Araghchi said on the channel IRIB TV2. “A regime that has nuclear weapons cannot accuse Iran of seeking to obtain nuclear weapons”.

While under the 2015 Joint Comprehensive Plan of Action (JCPOA) Iran was allowed to enrich uranium up to 3.67 percent, the country suspended its obligation due to the US withdrawal from the accord in May 2018, after Israel accused Tehran of lying about its facilities and attempting to secretly create a nuclear bomb.

The Islamic Republic also boosted its activities in the sector last November, following the assassination of top nuclear scientist Mohsen Fakhrizadeh, which Iran blamed on the Israelis.