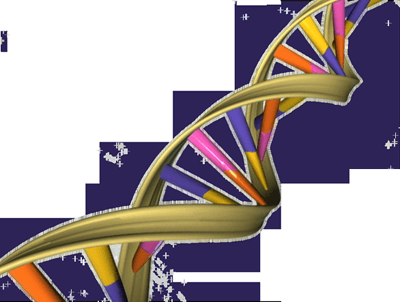 by Keck School of Medicine

If you’ve ever had a bad case of jet lag, you know how a disruption to your body’s circadian rhythm makes it difficult to function. Molecular circadian “clocks” exist in cells throughout the body, governing more than just sleep and wake cycles—they are crucial to many aspects of human health. For more than a decade researchers have been trying to figure out what makes them tick, in search of new insights into diseases like Alzheimer’s, cancer and diabetes.

Until now, that research has focused on what is known as clock genes, which encode proteins that drive oscillating cycles of gene expression affecting physiology and behavior. But research just published in the Proceedings of the National Academy of Sciences reveals the discovery of a new cog in the circadian clock—a genome-wide regulatory layer made up of small chains of non-coding nucleotides known as micro RNAS (miRNAs).

“We’ve seen how the function of these clock genes are really important in many different diseases,” said Steve Kay, Provost Professor of neurology, biomedical engineering and quantitative computational biology at the Keck School of Medicine of USC. “But what we were blind to was a whole different funky kind of genes network that also is important for circadian regulation and this is the whole crazy world of what we call non-coding microRNA.”

“Junk DNA” proves to be a valuable tool in circadian rhythms

Formerly thought to be “junk DNA,” miRNAs are now known to affect gene expression by preventing messenger RNA from making proteins. Past research has indicated miRNAs may have a role in the function of circadian clocks but determining which of the hundreds of miRNAs in the genome might be involved remained a problem.

Kay and his team, led by Lili Zhou, a research associate in the Keck School’s Department of Neurology, turned to the Genomics Institute of the Novartis Research Foundation (GNF) in San Diego which has created robots capable of high throughput experiments. Working with scientists at the institute, Zhou developed a high throughput screen for a robot to test the close to 1000 miRNAs by individually transferring them into cells the team had engineered to glow on and off, based on the cell’s 24-hour circadian clock cycle.

“The collaboration with GNF made it possible for us to conduct the first cell-based, genome-wide screening approach to systematically identify which of the hundreds of miRNAs might be the ones modulating circadian rhythms,” said Zhou.

With the help of Caitlyn Miller, a biochemistry undergraduate from USC Dornsife, researchers then verified the impact on circadian rhythms by inactivating certain miRNAs identified by the screen in their line of glowing cells. Knocking out the miRNAs had the opposite effect on the cells’ circadian rhythm as adding them to the cells.

Physiologic and behavioral impacts of miRNAs

Researchers also focused on the physiologic and behavioral impacts of miRNAs. They analyzed the behavior of mice with a particular cluster of miRNAs inactivated—miR 183/96/182—and saw that inactivating the cluster interfered with their wheel-running behavior in the dark compared with control mice. They then examined the impact of the miRNA cluster on brain, retina and lung tissue, and found that inactivating the cluster affected circadian rhythms in a different way in each tissue type—suggesting that the way the miRNAs regulate the circadian clock is tissue specific.

Understanding the impact of miRNAs on the circadian clock in individual tissue could reveal new ways of treating or preventing specific diseases.