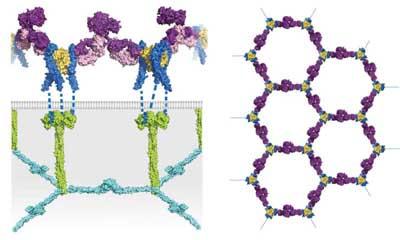 A naturally occurring antibody capable of stimulating the body’s immune-suppressing regulatory T cells has been discovered by a team of Harvard scientists, a finding that may eventually open a new door into kinder, gentler therapies for chronic inflammatory disorders.

Inflammation underlies a wide range of disparate conditions that include Crohn’s disease; atopic dermatitis and numerous autoimmune skin disorders, including psoriasis; rheumatoid arthritis and ulcerative colitis, to name a few.

Biologic treatments that have been developed over the past quarter-century have proved to be game-changers, but the drugs are imperfect and leave some patients vulnerable to opportunistic infections, and in rare instances, cancers of the blood. Clearly, there is room for improvement, immunologists worldwide contend.

The newly identified antibody is noteworthy because of its activity on regulatory T cells. The tiny antibody actually expands the overall number of highly potent regulatory T cells, a cell population that bears the responsibility of switching off inflammation. The antibody was discovered by a team of scientists from the Immunobiology Laboratory of Massachusetts General Hospital and Harvard Medical School. They describe the antibody’s role as not only unique, but possessing properties that allow it leverage over key components of the immune system.

Dr. Heather Torrey and colleagues, writing in the journal Science Signaling, describe the antibody as remarkably unlike those that have been exploited in other therapies. This one, she and her team say, avoids molecular interactions that have been linked to cellular toxicity, which suggests that in the not-too-distant future, the antibody might serve as the basis of a more viable tool to suppress inflammatory disorders without suppressing the entire immune system. Most immunosuppressive drugs for diseases such as rheumatoid arthritis broadly restrict the immune system, which can prove problematic because it puts patients at risk of complications.

“Traditional therapies for inflammatory disorders have depended on immunosuppressive medications that globally diminish immune responses. Although these agents are highly effective for many patients, their common and sometimes serious adverse effects, including life-threatening opportunistic infections, combined with the need for high-dose, long-term use, have given impetus for the development of more specific and safer immunotherapies,” Torrey and her collaborators wrote in Science Signaling.

“We found that the antibody agonist expanded the number of Treg cells within cultures of primary human CD4+ T cells from healthy donors and patients with type 1 diabetes and Sézary syndrome,” says Torrey. The two conditions are inflammatory disorders. Sézary syndrome is an aggressive form of blood cancer, also known as cutaneous T-cell lymphoma. The overwhelming characteristic is the disorder’s impact on the skin, which develops lesions. But with time, the research team will likely expand the research into a broader range of laboratory studies, examining other inflammatory conditions.

The investigations by Torrey and her collaborators grow out of recent efforts worldwide to develop more specific approaches to address inflammatory conditions by activating regulatory T cells. These cells are the target of choice because they normally keep immune responses in check. Antibodies can expand regulatory T cells by targeting the receptor—TNFR2—on the cell surface. Many other efforts to do this, however, have had poor outcomes.

The research by Torrey and her team, involving samples from patients with diabetes and Sézary syndrome, suggests the antibody may minimize toxic effects. Research involving the antibody also suggests potent activity, driving the expansion of Treg populations.

“Tumor necrosis factor receptor 2 is abundantly expressed on the surface of the most potent subtype of Treg cell. TNFR2 is not merely a cell surface marker; rather, it appears to act as a master control switch for potent Treg cell expansion,” Torrey wrote, adding that she and her colleagues also uncovered additional important factors.

“TNFR2 targeting carries some additional advantages. Unlike many other Treg cell markers that are also expressed broadly on diverse lymphoid populations, TNFR2 has a far more restricted lymphoid distribution. A pivotal study in baboons has shown that TNFR2 agonism, in the form of TNF trimeric muteins with only TNFR2 binding, has minimal toxicity. This stands in contrast to TNFR1, a receptor with ubiquitous bodily expression and severe toxicity with agonism.”

The scientists do not yet have data from animal models, but suggest the antibody’s promising profile could make it useful for conditions that might respond to activating TNFR2.

Arrival of new methods to address inflammatory conditions can’t arrive soon enough. Inflammation is a powerful driver of human afflictions that include arthritis, heart disease and cancer. These serious conditions occur even though inflammation itself is one of the body’s most important defense mechanisms.

Inflammation can be defined in two ways: acute or chronic, with the acute form occurring in response to infection or injury. It’s part of the body’s explosive rapid response activity driven by the innate immune system. Acute inflammation reaches peak activity within hours—raising the temperature in the affected tissue, dilating blood vessels and attracting a flood of immune cells into an infected or injured site. It may last as long as a few days.

The need for better, less toxic approaches is the reason the hunt has been on in laboratories worldwide—including the Harvard research—to pinpoint proteins that might pave the way toward safer, less toxic alternatives.