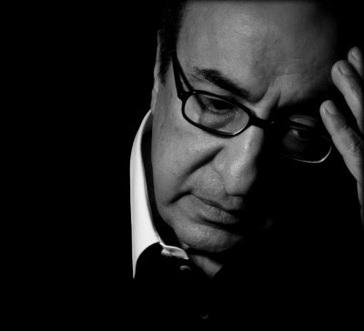 Renowned Lebanese lyrical author, composer, orchestra arranger and conductor Elias Rahbani passed away on Monday at the age of 82, his family said.

Rahbani was hospitalized last week suffering low oxygen after he contracted the coronavirus and succumbed to COVID-19, the illness caused by the virus, on Monday.

Born in 1938, in Antelias, Lebanon, he is the youngest and only brother to Assy and Mansour Rahbani, famously known as the Rahbani Brothers, and is likely the most prolific in terms of recordings.

The three brothers were pioneers of a Lebanese golden age of music and culture, before the country was plunged into a lengthy civil war in the mid-1970s. Many Lebanese still start their day listening to their songs and see them as uniting figures, beloved across the country’s divided political spectrum.

Born into a musical family, Elias quickly forged a path for himself in the music industry. He often worked with his brothers but went on to compose his own songs for veteran Lebanese artists including Fairuz, Sabah, Melhem Barakat, Majida al-Roumi and others.

Elias distinguished himself from his brothers, who were the industry’s best known duo, with his more modern styles and mix of Middle Eastern and Western music that won him international awards. He wrote some of Fairuz’s best hits, as well as the music and lyrics for many patriotic and songs. He also composed anthems for some Lebanese and Arab political parties.

Rahbani composed hundreds of songs and music for the theater and the soundtracks to dozens of films and TV series, including “Habibati,” or my Love, “The Night Player.” He also composed the music for famous commercials.

Elias was married to Nina Khalil and has two sons, Ghassan and Jad who both are also musicians. He also has a daughter, Elham.

“Elias Rahbani is another branch of the Rahbani tree who has fallen after a journey full of refined musical production. The warmest condolences to his wife, children and all his family and fans,” Hariri tweeted.