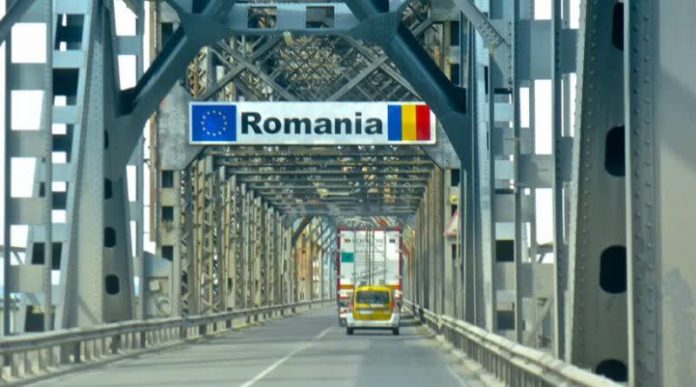 Dealing with structural problems dramatically aggravated by the COVID pandemic will be the priority of the new government – which may be threatened by infighting and internal resistance to austerity.

Romania faces 2021 immersed in a profound crisis that has seen the economy plunge into a recession of over 4 per cent by the end of 2020, with the public deficit expanding to more than 9 per cent.

The country will navigate this storm brought about by the pandemic with a new parliament that emerged from the December 6 general election – whose results were a major disappointment for many mostly young reformist voters with centre or centre-right pro-EU views.

First place in the election, with 28.9 per cent of the votes, went to the opposition Social Democratic Party, PSD, whose image has long been tainted by the role of its predecessors in delaying change after the fall of communism – and was further damaged by the corruption scandals and attacks on the rule of law that marked its last tenure in office from 2017 to 2019.

Second place went to the ruling, centre-right National Liberal Party, PNL, which won 25 per cent, with the more aggressively reformist and centrist USR PLUS alliance coming third, with 15 per cent – a showing that didn’t match its expectations.

Despite the apparent setbacks suffered by the centre and centre-right parties, which had hoped for more votes after defeating the PSD in previous elections, the new parliament looks radically different from the outgoing one in which the Social Democrats had a majority, thanks to the 45 per cent of the vote they won in the December 2016 parliamentary election.

Together with USR PLUS and the Democratic Union of the Hungarians in Romania, UDMR, which represents Romania’s ethnic Hungarians, the PNL has formed a coalition government as mandated by the centre-right President, Klaus Iohannis.

The new government has a big enough majority in parliament, on paper, to undo the remaining features of the PSD’s hotly debated judicial changes, and allow Romania to move off from the path of ever-growing public spending in salaries and pensions pursued by the Social Democrats in government.

This does not mean, however, that a smooth path lies ahead when it comes to dealing with structural problems dramatically aggravated by the COVID-19 pandemic.

The new government is led by former Finance minister Florin Citu, of the PNL, which has nine ministers in the new cabinet. USR PLUS has six and the UDMR is in charge of the remaining three.

While the PNL has retained the Finance, Interior, Foreign, Energy,  and Defence ministries, USR PLUS has got hold of the departments that will be crucial to determining whether the government succeeds in addressing the most pressing current challenges.

The new Justice Minister is USR PLUS’s Stelian Ion. He will have a crucial role in redressing the PSD’s judicial changes. Ion’s fellow USR PLUS member, Catalin Drula, is in charge of Transport at an important time – when Romanians are crying out for a proper highway and railway system. Through its new multi-annual budget and the COVID-19 relief fund, which is expected to offer Romania 80 billion euros, the EU will make abundant funding avialable to make this possible.

Another USR PLUS member, the Minister for European Investments and Projects, Cristian Ghinea, will lead the efforts to seize this historic opportunity and maximize EU funds absorption.

The so-called digital revolution is another EU priority when it comes to funding. Romania’s Minister of Research, Innovation and Digitization is another USR PLUS member, Ciprian Teleman.

According to media reports, PNL barons are not happy with the power share their the party leader, former prime minister Ludovic Orban, agreed with USR PLUS.

Some are said to have accused Orban of ceding too much in the negotiations in exchange for USR PLUS’s vote in parliament when he was elected speaker.

With no elections in sight until the November 2023 presidential poll, the greatest challenge to the government’s drive to balance finances is likely to come from within the ruling parties themselves.

On December 29, PNL, USR PLUS and UDMR signed a letter from Romania’s Municipalities’ Association, AMR, that accused the government of acting unilaterally when pushing a decree that freezes all public sector salaries and scraps some of the privileges of municipal officials.

Among the signatories was former prime minister Emil Boc of the PNL, the mayor of Romania’s second most important city, Cluj.  The USR PLUS mayors of Brasov and Bacau, two major urban centres with over 200,000 inhabitants, also supported the letter.

These tensions give a sense of the likely climate of conflict in which Romania might be governed in 2021.

Infighting could undermine its ability to face pressing challenges, starting with the absorption of the 80 billion euros of EU money Romania expects to get to solve systemic shortcomings and overcome the COVID crisis.

Alarm over ultra-nationalists’ return to parliament

The December 6 election also brought the shock entry into parliament of the Alliance for the Unity of Romanians, AUR.

More than a decade after the chauvinist Greater Romania Party lost its representation in parliament, a nationalist force with extremist tendencies and that calls itself an “anti-system” movement resumes its place in Romanian institutions, after obtaining a respectable 9 per cent of the vote in its first electoral showing.

The year will give an answer as to whether AUR’s presence in the two legislative chambers immerses Romanian politics in the cultural wars being fought in other countries in the region, and beyond, which so far in Romania have mostly been confined to the fringes of the NGO and religious movements.

For now, AUR’s portentous entry in the political scene has met stern warnings against any temptation to develop the worst instincts of some of its leading members.

Four days after the election, during the start of the Jewish Hanukkah celebration, Israel’s ambassador to Romania, David Saranga, said his government would closely watch the behaviour of a party that he said contains Holocaust deniers and Fascist sympathizers.

Saranga, who spoke at an event held at the heart of Bucharest with the interim prime minister and with other government officials in attendance, asked the Romanian people to be equally alert.

Civil society is already. On 17 December, AUR representatives were scolded in Timisoara when they participated in the commemoration of the dead in the anti-communist revolt that eventually toppled communist dictator Nicolae Ceaucescu.

One civil society organisation representing those who took part in the rebellion deplored the presence of the “ultranationalist” party, and also said two AUR members elected in parliament were actually involved in the bloody repression of the 1989 revolution.

The Balkan Insight (fornerkt the Balkin Investigative Reporting Network, BIRN) is a close group of editors and trainers that enables journalists in the region to produce in-depth analytical and investigative journalism on complex political, economic and social themes. BIRN emerged from the Balkan programme of the Institute for War & Peace Reporting, IWPR, in 2005. The original IWPR Balkans team was mandated to localise that programme and make it sustainable, in light of changing realities in the region and the maturity of the IWPR intervention. Since then, its work in publishing, media training and public debate activities has become synonymous with quality, reliability and impartiality. A fully-independent and local network, it is now developing as an efficient and self-sustainable regional institution to enhance the capacity for journalism that pushes for public debate on European-oriented political and economic reform.