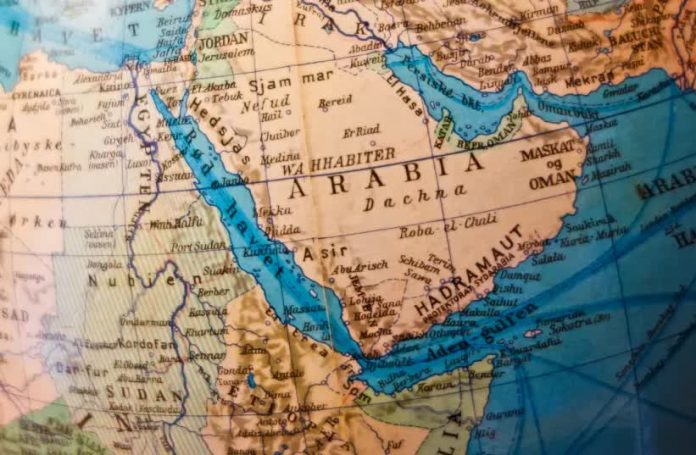 The GCC was set up in 1981 as the political and economic confederation of six states, all headed by monarchies, that make up the Arabian Peninsula, minus Iraq and Yemen.

Now, when Israel looks out at the map, it has an alliance with two countries that face Iran directly across the Gulf
(photo credit: FLICKR/MAGNUS HALSNES)
The Arabian Gulf region is facing major challenges ranging from economic to development, and from security to political. These are all issues that the Gulf Cooperation Council will discuss at its 41st annual summit, which is scheduled to start on Tuesday in Saudi Arabia.
For more stories from The Media Line go to themedialine.org

At the same time, the eyes of the region will be on the summit as the leaders of the Gulf states attempt to broker a reconciliation agreement between Qatar and a Saudi-led alliance that have been at odds since 2017.

The Gulf Cooperation Council, or GCC, was set up in 1981 as the political and economic confederation of six states, all headed by monarchies, that make up the Arabian Peninsula, minus Iraq and Yemen. The six countries – Bahrain, Kuwait, Oman, Qatar, Saudi Arabia and the United Arab Emirates – meet each year to discuss economic, security, cultural and social cooperation, and other regional issues. The presidency of the GCC rotates annually.
The council even has its own military arm, the Peninsula Shield Force, based in Saudi Arabia, which is intended to deter or respond to any military aggression against any of its member countries, though it has rarely been deployed.
The GCC countries own about half of the world’s oil and gas reserves, making the alliance a powerful one on the world economic stage. In recent years, however, some of the countries that make up the alliance also have turned to tourism and construction as natural resources continue to deplete and some areas of the world work to lessen reliance on fossil fuels.
The coronavirus crisis has further pushed down oil prices, over lower demand due to the pandemic’s effects on travel and industry. Most of the countries’ economies also rely on large expatriate communities, which also have been harmed by the coronavirus crisis.
This year’s summit is significant because of the possibility of a reconciliation between Qatar and GCC member-states Bahrain, Saudi Arabia, and the United Arab Emirates, alongside non-GCC member Egypt. In June 2017, the Saudi-led alliance began an air, sea and land blockade against Qatar, claiming that Qatar supported terrorism and was too close with Iran. Qatar denied these charges. Among the demands issued by the alliance as a condition for stopping the blockade is shutting down of the Al Jazeera television channel and closing a Turkish military base in Qatar.
Riyadh announced on Monday that it would reopen its airspace and land and sea borders to Qatar ahead of Tuesday’s summit, according to Kuwait’s Foreign Minister Ahmad Nasser Al-Sabah. This was widely viewed as a goodwill gesture to Doha. Meanwhile, the emir of Qatar, Tamim bin Hamad Al Thani, announced on Monday evening that he would attend the summit. The emir was invited to last year’s summit but sent his prime minister instead.
The summit originally had been scheduled for December but was postponed after failed attempts to broker an agreement between Qatar and the other countries, led by Kuwait with support from the United States. The United States has pressed for reconciliation, saying that a united Gulf is needed to face the threat from Iran.
The upcoming summit reportedly will provide a path to reconciliation but not a final comprehensive agreement.