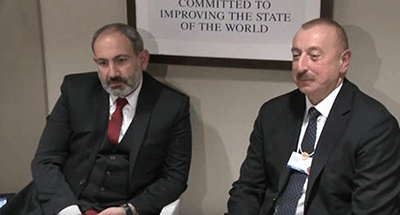 Baku/07.01.21/Turan: Sensational news about the upcoming Aliyev-Pashinyan meeting on January 11, mediated by Putin, has not yet been officially confirmed; however, there is no refutation.

If we assume that this is not misinformation, then apparently some political decisions are expected to follow up on the November 10 ceasefire declaration.

Most likely, the talk will be about the continuation of the exchange of prisoners and the solution of other humanitarian issues.

If we consider these issues as tactical, then the strategic issue remains the political future of Karabakh or its status. Most likely, this question will be the most important one.

If the parties are ready to sign a new document, then the issue of recognition of territorial integrity (even if indirectly) should be reflected in it. However, it is also possible that the parties will agree to the resumption of negotiations within the OSCE Minsk Group. Moscow and Yerevan need this more than Baku. For Armenia, this is a guarantee of strengthening its position with the support of Washington and Paris, and for Moscow, a desire to show that Russia is ready to solve the problem together with partners.

Anyway, if the meeting takes place, it will have serious consequences. In the meantime, the Prime Minister of Armenia has left for self-isolation. If it is announced that he has seized the virus again (like President Sargsyan, who is in London), then apparently Yerevan is not ready for a serious conversation.