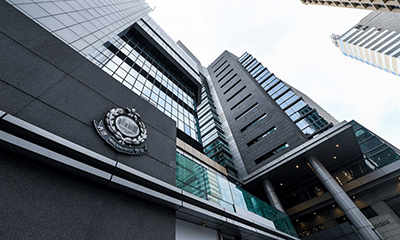 It is conceivable that some US and Western politicians will come out to attack Beijing and the Hong Kong Special Administrative Region (HKSAR) government, and some Western public opinion institutions will also describe the arrest as “undermining democracy” and “suppressing human rights.”

This shows that they oppose whatever China does, and now they oppose whatever the HKSAR government does. Political stance is their priority, and they show their political posturing on China-related issues. They have no interest in what is right or wrong. Hong Kong has become a stage for the US and some Western politicians to smear China and to make their political stunts.

Did the proposed “35-plus” strategy and so-called primary election conducted by radical activists such as Benny Tai in July last year violate the National Security Law for Hong Kong enacted on June 30?

Such a “primary election” had no legal basis in the first place, and its stated aim was to paralyze the government by securing a 35-strong majority in the Legislative Council. Benny Tai and others put forward “the 10 steps to mutual destruction,” which are tactics to bring down the SAR government.

Disabling the LegCo is only one of the steps. Other steps included forcing the HKSAR government to shut down and ask Western governments to sanction China. What is democracy here? It is clearly an attempt to subvert Hong Kong’s constitutional system and sabotage Hong Kong’s operation in the LegCo and other key links one by one.

Nothing would happen if this happened before the enactment of the National Security Law for Hong Kong and those suspects arrested today changed their behavior after that. But they still persisted in challenging the authority of this important legislation after the passage of the law, and have been arrogant and unrepentant since the incident. What is the point of promulgating the National Security Law for Hong Kong if no action was taken against them in accordance with the law?

It has nothing to do with freedom of speech to arrest those who challenge the National Security Law for Hong Kong. Who in Hong Kong SAR has ever been arrested for expressing their political views? What activists like Benny Tai and Alvin Yeung have done was political mobilization to paralyze the HKSAR government through “35-plus” strategy. They were arrested not for what they have said, but for taking actions aimed at subverting Hong Kong’s constitutional system.

Some US and Western forces have taken the anti-government figures in HKSAR as leverage against China. They no longer regard maintaining the rule of law in HKSAR as a moral principle, but will use whatever means they can to attack China. No matter who they are or what force they represent, they will support those figures as long as they are doing things that destabilize HKSAR or cause problems for the central government. They have already crossed the bottom line of morality.

Hong Kong affairs are now judged by two logics: one is closely shaped around the rule of law and the fundamental interests of the city’s people; the other is aimed at subverting Hong Kong’s constitutional system, pushing the city against central government and toward the West. Washington and some Western forces are trying to turn the latter logic into universal “political correctness.” But they are doomed to fail. The HKSAR is not under their control, and it’s clear they are interfering in China’s internal affairs and have a malevolent aim to destabilize the city.

Let time be the final judge. The justice of history will never be on the side of secessionists within HKSAR or external forces that support them.