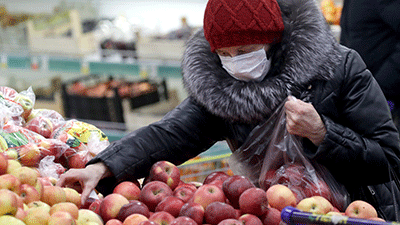 Russians’ economic optimism for 2021 has fallen to a two-decade low, according to a Gallup International poll cited by the RBC news website Wednesday.

The survey results come after a year when Russians’ incomes fell and the double blow of the coronavirus pandemic and declining global oil demand battered the national economy.

The poll said that only 6% of Russian respondents expect 2021 to be a year of prosperity while 47% expect economic hardship.

Russians’ pessimism toward 2021 compares to Gallup’s global average of 25% respondents who expect economic prosperity and 46% who expect difficulty this year.

Russians were among 38,709 respondents surveyed for the Hope, Economic Optimism and Happiness survey across 41 countries in November-December 2020.