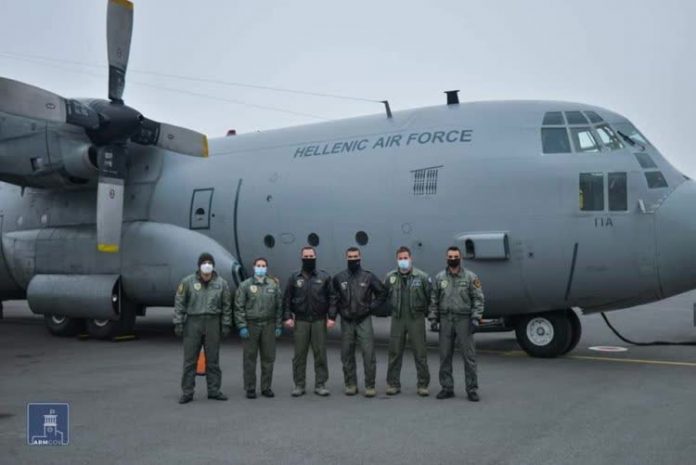 Greece sent a massive planeload of humanitarian aid to Armenia destined for the victims of the Armenian-Azerbaijani conflict in Artsakh (Nagorno-Karabakh) on Saturday.

The Greek Government and the Armenian Embassy in Greece supported this action, by facilitating the whole procedure.

The transfer of tons of aid consisting of medical supplies and food was the second one in less than a month.

In December, the Greek Ministry of National Defense provided a transport aircraft, which landed in Armenia to assist the nation.

The aid of December and January is primarily aimed towards the thousands of Armenians who became refugees after they were forced to abandon their homes at Artsakh following the Azeri military attack.

Following the recent ceasefire signed between Armenia and Azerbaijan, thousands of ethnic Armenians who used to live in the contested region of Nagorno-Karabach left their homes and lands.

The Azeri government took control of these lands in mid-December 2020.