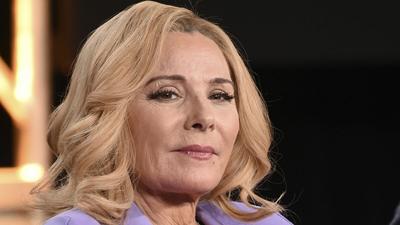 Sex and the City, which ran on HBO from 1998 to 2004, became one of America’s most popular sitcoms. It is being resurrected in 2021 but without one of its four key characters.

Social media has exploded after it emerged that HBO was bringing back its hit TV series Sex And The City but without Kim Cattrall, who played Samantha Jones.

Samantha was the raunchiest character in the show, who was involved in many of the steamiest storylines. She described herself as a try-sexual and quipped: “I’ll try anything once.”

​Three of the four stars of the show – Sarah Jessica Parker, Kristin Davis and Cynthia Nixon – have agreed to return in a sequel in which they are 20 years older but not necessarily wiser.

on another note, Kim Cattrall’s mantra is also my 2021 mantra lmao. pic.twitter.com/bk0oxE9XkI

​HBO Max said the ten episode, half-hour series, called And Just Like That, will be filmed in the spring and go out later in the year.

I think we all know the perfect replacement for Kim Cattrall in the Sex and the City reboot pic.twitter.com/0TUrhzrlcS

​Sarah Aubrey, head of original content at HBO Max, said: “I grew up with these characters, and I can’t wait to see how their story has evolved in this new chapter, with the honesty, poignancy, humor and the beloved city that has always defined them.”

Don’t kill off Samantha in the Sex and the City, give Kim Cattrall her own spin off show called “Sex and the Other City” set in London. She plays an agent for British movie stars, getting pissed in Soho with the gays and sleeping with corrupt politicians pic.twitter.com/KH1XyWWMfQ

​But fans of the show, who are themselves 20 years older, are either angry or disappointed that Cattrall, 64, will not be in the show.

I cannot begin to tell you how torn I feel about the new Sex and the City series. Like hell yes I want a new series but hell no do I want it without Kim Cattrall – sorry not sorry but she is the queen of that show 😭🤷🏼‍♀️

​Twitter is full of theories about why she was not invited back, including that she did not get on with Parker.

I️ read once that Sarah Jessica Parker and Kim Cattrall (Carrie and Samantha) actually hate each other in real life and hated filming together. I’ve never been able to watch Sex in the City the same ever since… I️ just wanted them all to be true bffs 🥺