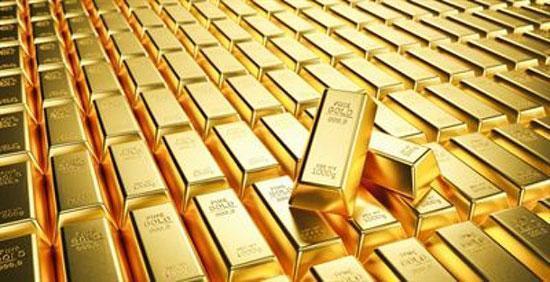 “Thus, we achieved a contribution of $2.4 billion to our economy,” he said in a meeting with the representatives of the Gold Miners Association.

This record supersedes the record hit in 2019, when 38 tons of gold was produced.

The country’s gold imports, meanwhile, increased 123 percent compared to 2019, hitting $25.2 billion, he added.
Turkey’s gold reserves are sufficient to cut its annual gold imports by half, said the minister.

Turkey started gold production in 2001 with a modest amount of 1.4 tons, but Dönmez said that over the past 20 years 382 tons of gold was produced, which generated tax revenues equivalent to 76 tons of gold.

Gold production in Turkey is performed in accordance with global environmental standards, the minister stressed, rejecting claims by some environmentalist groups and opposition politicians.

“Unfortunately, we have witnessed vandalism acts such as imposing pressure on workers on the field, trying to frustrate them and attacking the machinery. When it comes to Turkey’s interests, those circles, who base their ideology on labor rights and advocate the highness of labor, don’t hesitate to defame our worker brothers,” he said.

In Turkey, a total of 18 gold mines are in production, while 20 new gold mine projects are awaiting investment.

“Hopefully when these projects are realized, our gold production will reach 100 tonnes. Our target is to meet our gold needs from local sources, decrease the gold-related current deficit [imports] considerably and increase employment in this field,” said Sönmez.

Total investment in Turkey’s gold mining sector is around $6 billion, according to the minister’s remarks. More than 13,000 people are directly employed in this sector.