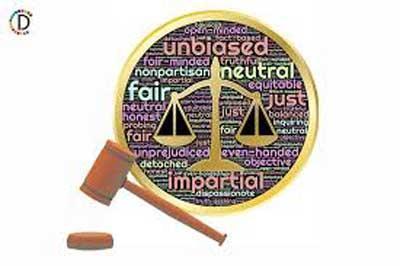 LOS ANGELES (Reuters) – More than a decade after a white former policeman was convicted of manslaughter for shooting an unarmed Black man to death on a California train platform, a second transit officer involved in the incident was cleared of criminal charges on Monday.

A months-long renewed investigation of officer Anthony Pirone’s role in events leading to the 2009 killing of Oscar Grant found that Pirone cannot be charged with murder or any other criminal offense in the death, prosecutors announced.

The inquiry, conducted at the request of Grant’s family, concluded that former Bay Area Rapid Transit (BART) officer Johannes Mehserle alone was criminally responsible for fatally shooting Grant in the back as he lay on a BART passenger platform in Oakland in the early hours of Jan. 1, 2009.

A jury in Los Angeles, where the case was moved because of intense pretrial publicity, acquitted Mehserle of murder but found him guilty of involuntary manslaughter in July 2010, and he was sentenced to two years in prison.

Mehserle had testified that he mistakenly drew his gun instead of his electric Taser when he shot Grant while police were taking him into custody at the Fruitvale station following an altercation among passengers.

Video of the killing recorded by onlookers sparked a night of rioting in Oakland hours later, and civil unrest flared again after Mehserle was cleared of murder charges 18 months later.

The tale of the Grant shooting was dramatized in the film “Fruitvale Station,” which drew international acclaim.

The case also was a precursor of sorts to the wave of sometimes unruly protests against racial injustice and police brutality that swept cities across the United States last summer following the killing of George Floyd by a police officer kneeling on his neck in Minneapolis.

The latest review of the case found no grounds to criminally charge Pirone, though Alameda County District Attorney Nancy O’Malley said his “overly aggressive conduct contributed to the chaotic nature of what transpired on the BART platform.”

Pirone, who was fired from the BART police force in 2010 for his role in the arrest, pressed his knee into Grant’s upper-shoulder and neck area to restrain him as he and Mehserle sought to handcuff him, the report said.

Nevertheless, the official autopsy found Grant died of the single gunshot fired by Mehserle, and that none of the injuries Pirone may have inflicted in subduing Grant caused or contributed to his death.

O’Malley said she met Grant’s family to discuss the findings of her inquiry before releasing them publicly. There was no immediate comment from the family or from Pirone’s attorney.