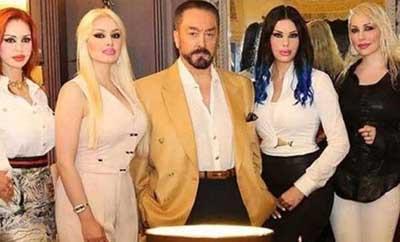 Oktar, also known as Harun Yahya, had been tried with 235 other defendants in an Istanbul court.

The verdict and sentence came after a previous trial that began in September 2019 after Oktar was arrested in July 2018.

A large number of detained defendants and pending defendants, including the leader of the organization, Oktar, attended the hearing in the courtroom opposite the Silivri Penal Execution Institutions.

Many lawyers of the parties were also present at the hearing attended by the victims and complainants.

At the hearing where the last words of some of the defendants were asked, the delegation, which decided on the file, announced the decisions taken.

In that court case, Oktar had been charged with 15 different crimes such as leading a criminal organization, committing sexual assault at gunpoint with multiple people, sexual abuse of a minor, using weapons to threaten people, recording personal data, depriving people from using their right to education, torture, trafficking, espionage, forgery and fraud.

The 64-year-old cult leader, who owned a TV channel, was arrested in 2018 along with 200 collaborators, following allegations of sexual abuse and kidnapping of minors.

Oktar’s TV channel broadcast his shows surrounded by women he referred to as his “kittens.”

Oktar has in the past accused British intelligence of requesting the Turkish authorities to take action against him.