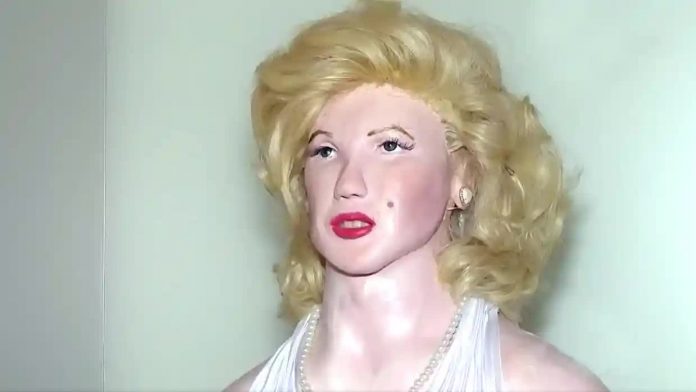 The first household name Arlindo Armacollo smothered in beeswax was Mother Teresa. Then came Albert Einstein, Pope John Paul II and a string of global luminaries who the entrepreneur-turned-artist admired.

“It might look simple, but to achieve this richness of detail was hard work,” a local television reporter gushed during a 2015 visit to Armacollo’s waxwork collection in southern Brazil. “The artist wanted to capture the character as well as the soul of each person.”

Whether the septuagenarian sculptor achieved that goal is now a matter of intense international debate, after images of his wax creations went viral on social media – six years after first being displayed in the town of Rolândia.

Footage of Armacollo’s startling figures spread like wildfire last week after internet users unearthed – and ridiculed – the video report about their exhibition in a local church.

The strangely disfigured personalities on show include Nelson Mandela, who has a beefcake’s body, a tiny head and dazzling peroxide hair; Princess Diana, who wears a crazed and terrifying grin; and Marilyn Monroe, who boasts a neck the size of a tree trunk and a seemingly melted face. Nearby, black hairs sprout from unusual corners of Elvis Presley’s shiny wax face.

“Brazilian horror story,” gasped one of the numerous Twitter users discombobulated by the models.

Word of the collection – which reminded some of Spain’s jaw-dropping botched restorations – soon spread. Journalists from leading news outlets in Brazil and beyond pursued the previously unknown artist for a reaction to his newfound fame.

“I couldn’t care less [about the criticism],” Armacollo, 77, told the Guardian on Tuesday as he was flooded with interview requests and invitations for television appearances he planned to decline.

“If it was about making money it might bother me whether people appreciated what I was doing or not. But I do the things I do because I enjoy them. I did this for our town. If people like it, come and visit. If they don’t, don’t,” he shrugged. “Why worry?”

Armacollo’s statues, which each involve about 5kg of wax and imported English eyeballs, have moved since their 2015 television debut and are now housed in a nearby museum named after his father. There, Princess Diana has been joined by newer sculptures, including a similarly peculiar portrayal of the Queen.

Until recently the exhibition also featured a statue of the corruption-busting judge Sergio Moro with a distinct resemblance to England defender Harry Maguire. But Armacollo evicted Brazil’s former security minister after he resigned from government and took a high-paid job with a consultancy involved in the judicial recovery of one of the construction giants he once pursued. “It’s all a bit weird, isn’t it?” Armacollo said.

Like many in south Brazil, Armacollo is a supporter of president Jair Bolsonaro, and had considered honouring the right-wing populist with his wax. “But then I thought: ‘I’m going to hold off for a bit to keep an eye on his behaviour.’ For now I’m still behind him and think he’s on the right path – but let’s wait a bit more to see to see if that solidifies.”

The artist scoffed at the idea of celebrating Bolsonaro’s leftwing rival, the former president Luiz Inácio Lula da Silva. “You’re not in favour of him, are you?” he asked this reporter with a mistrustful laugh.

Politics aside, Armacollo hoped “all this commotion” would attract tourists from other cities and abroad. A similar museum in Norfolk achieved cult status as “the world’s worst waxworks”, drawing thousands of visitors with its un-lifelike lifelikes.

Armacollo’s only regret was the reaction of his teenager granddaughter, left distraught by the mocking of her grandfather’s mannequins. “She’s very sensitive. She even cried,” the artist admitted, “but now she’s laughing about it too.”