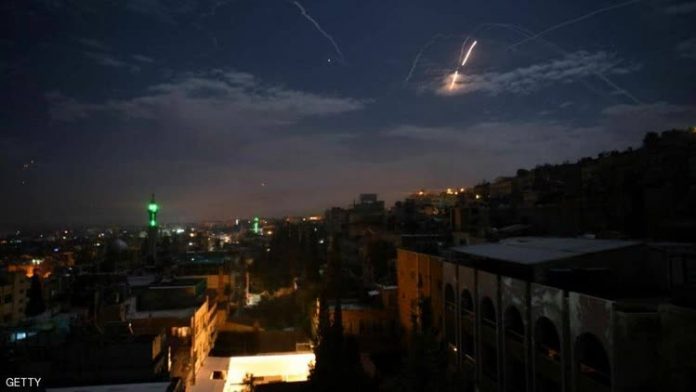 According to the UK-based Syrian Observatory for Human Rights, at least 5 Syrians and 11 Iran-backed militia members were killed in attack on 18 targets in northeastern Syria

Deaths and injuries reported in an attack attributed to Israel in northeast Syria late on Tuesday, according to Iranian media outlets who said ambulances were rushed to the scene.

The strike was the fourth time Iranian backed targets in Syria have come under attack in the past three weeks.

The Syrian news agency SANA reported that there was a late-night raid near the border with Iraq, in the al-Bukamal desert in the province of Deir ez-Zor, but did not report any injuries.

The area is considered the land corridor for Iranian personnel and weaponry transported via Iraq to militias and proxies in Syria and Lebanon.

According to the UK-based Syrian Observatory for Human Rights, the targets were 18 sites controlled by Iranian-backed militias and that of the 16 reported killed in the strike, five were Syrians and 11 others, members of the militias.

Last week a strike attributed to Israel was reported in southern Syria with unofficial reports claiming at least three people were killed near Damascus as missiles struck the city, as well as targets on the Syrian Golan Heights.

A week before that, after another attack that the Syrian news agency said was carried out by Israel in the area of Masyaf in the north of the country, an Israeli civilian airliner on route to Tel Aviv was instructed to veer off course to avoid any retaliation from Syrian air defenses.

The El Al flight had to cross westward to Cyprus in order to remain clear of the Syrian and Lebanese coast, The plane landed safely at Ben Gurion International Airport shortly thereafter.