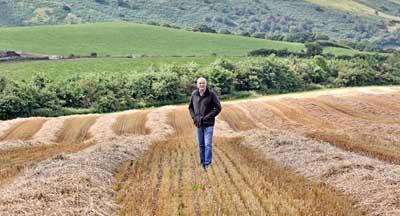 Nearly two weeks have passed since the new post-Brexit trade rules agreed upon just days before the transition period expired came into force. While British food producers and retailers are looking to the future with hope, their European peers express fears with regard to Brexit’s potential ramifications and lament the UK’s withdrawal.

At midnight 1 January 2021, the UK got free from the EU after 28 years of membership in the bloc’s single market.

Brexit, which happened at the end of January 2019, was followed by a transition period allowing both sides to resolve their divorce-related issues. Although the shadow of a no-deal Brexit loomed over the UK and the EU, the two reached a compromise on 24 December 2020 after months-long rocky talks. British and European agri-food producers breathed a sigh of relief when they heard that the much anticipated deal was struck. However, it’s only the beginning as they have to adjust to a new post-Brexit reality.

It was rather unnerving to see the EU and the UK being unable to agree on post-Brexit trade rules and conditions, admits John Davies, the president of National Farmers’ Union (NFU) Cymru.

“It’s really been a worrying time for the last four years since the vote because we weren’t sure whether we’d have access to the European market”, he says. “So we rent 1,000 ewes so we produce quite a lot of lamb, and quite a lot of it, about 40% of it goes to Europe. So, that competition is really, really important for us. So this year, in terms of personal impact, I have looked at the things and I said, we have sold all our lambs by now, because I was afraid that if we had no deal, the price would crash”.

Things, however, ended up going better than expected, Davies notes, referring to the eventual conclusion of the UK-EU deal. “The trade is good now”, he says. “It’s a more solid foundation now when we can grow and develop the business, because hopefully, we know where we’re going”.

“We’ve got a sense of relief from the fact that a trade deal has been agreed between the UK and the EU and that allows us to continue to export our lamb to the European Union”, echoes Phil Stocker, chief executive of the National Sheep Association, UK.

He noted that he and other lamb producers did discuss what the alternatives would be if they did not get a deal, considering exports to the US, Japan, and Saudi Arabia. “But the answer always came back was that yes, maybe in time, but we’re not going to just replace the volume that goes into the European Union overnight”, Stocker underscores.

What Does Brexit Have in Store for the UK Agri-Food Sector?

While the EU still remains a really important marketplace for British farmers, Brexit obviously offers new opportunities for domestic producers, according to John Davies. To illustrate his point he refers to hospital and school foods:

“In the past, politicians have said, ‘Oh, we can’t prioritise British because it’s against the EU rules’. So there’s probably a big opportunity there, I would suggest”, he says, adding that his family will probably increase their cattle side of the business, because “we’re not self-sufficient in beef here in the UK”.

Brexit is going to help the British farmer as they are now going to have more control of what is exported out of this country and what stops in this country, believes Nathan Allen, who farms both sheep and beef cattle at Winster, near Windermere, UK.

“I do feel like there is going to be some more paperwork and hoops to jump through, but I definitely think it is going to be for the better!”, he notes.

Not everyone is quite satisfied with the unfolding situation: “Today of all days is the first time that we are experiencing the challenges that Brexit has now created“, says Wilfred Emmanuel-Jones, Devon-based farmer and founder of The Black Farmer line of meat products, including raw sausages.

“For example, we import things from Sweden, and we’ve been having issues with getting the right documentation and getting it through customs. So we’ve managed to get it through. And this is fresh products as well. And that, you know, if you don’t get it through, the whole thing gets wasted. What I would imagine is that over the next six months or so there’s going to be situations where it’s going to be slightly confusing”.

Still, the Black Farmer founder believes that Brexit is going to be good both for the country and for his business despite temporary disruptions.

After all the necessary adjustments are made, British agricultural producers are set to thrive, the farmers expect. One of the reasons behind this is that the UK has “the best and highest quality standards for its food in the world”, emphasises Nathan Allen, adding that British farmers possess the necessary technologies, experience, and best practices to successfully compete on the market.

At the same time, however, he would love the government to support British farmers. “We need as much help as we can get as the farming age is getting older and we need young generations coming through”, he says.

Wilfred Emmanuel-Jones does not think that subsidies are good, because they allow a lot of farmers who are not necessarily efficient to stay in farming. Now that the country is going to be getting rid of subsidies, it will be good for the industry, he insists, arguing that the UK’s agricultural sector needs new blood and innovation.

Previously, farmers were eligible for a basic payment scheme (BPS), an area-based payment similar to what a lot of farmers in Europe get at the moment, explains Phil Stocker.

“Now here in the UK we’re going to be moving away from that and moving much more towards public money being available for the delivery of public goods, you know, really good environmental outcomes, climate change mitigation measures, nature recovery, those sorts of things”, he notes, adding that’s what farmers are now going to have to work hard to adjust to over the next few years.

It’s not only British farmers who are looking to the future with hope but also British retailers: “The UK’s major supermarkets have some of the most sophisticated and responsive supply chains in the world”, elaborates independent retail analyst Nelson Blackley.

Although earlier this winter “there was some evidence of out of stocks in some stores of citrus fruits, lettuce, and other ‘out of season’ fruit and vegetables and which are imported from Europe during the UK winter”, “it wasn’t significant and the sudden increase in demand for these and many other Christmas food products was more likely ‘displaced demand’ rather than people buying extra volumes of products to store for future use”, he points out.

The December blockade at the UK-French border imposed over the discovery of a new COVID strain gave British consumers the shivers, recalls Patrick O’Brien, the director of UK Retail Research, adding that the problem was eventually fixed. There was “some latent impact of the delays“, he notes, but “supermarkets have been responsible in restricting overbuying in some categories and airlifting goods from the continent”, which prevented chaotic consumer issues.

Not everything appears rosy on the continent, as European producers, retailers, and logistics specialists are calculating potential losses over Brexit. Even though the bloc’s goods will not be subjected to taxes due to the UK-EU deal, new rules have come at a price for them.

“The impact for us is that every shipment we export from Europe to the UK must be accompanied by valid export documents”, explains Marcel van Bruggen, manager of the transport department at ABC Logistics. “In addition, shipments must be registered and imported into the UK. Our trucks must be registered here in order to enter the terminal for the crossing. This also applies when returning from the UK to the mainland. These extra actions cost time and therefore money. Naturally, we are now busy automating these processes as much as possible”.

Brexit has proven to be very challenging for the Dutch floriculture sector, acknowledges Michel van Schie, a representative of Royal FloraHolland:

“As the UK has moved outside the EU, export documentation will become compulsory”, she says. “It is estimated that this will entail an additional cost of 0.6%. The cost of delay at the border could be 5%. The currency risk and reduced purchasing power of UK citizens could be 4.0% twice. The possible impact could therefore be 13.6%. For an export of 850 million, that is a very large sum”.

Filip Rotsaert, co-founder of Beer On Web, a Belgium-based online shop for craft beers and gift packs, complains that post-Brexit rules have dealt a blow to his business and hit Britons in the pocket:

When it comes to the wine trade, post-Brexit rules don’t appear to be as tough, according to Sarah Hargreaves, press officer for a number of Languedoc vineyards and Appellations:

“All the paperwork that was initially requested has been cancelled, apart from a bit more paperwork for Customs, but any company that exports already is accustomed to this”, she notes. “The request for the importer to be mentioned on the back label has been postponed for 2 years. So all in all, things have been settled and the taxes are minor”.

Still, Cristina Stribacu, founder of an olive oil production company in Kalamata, laments the fact that although they will continue to export their extra virgin olive oil without taxes, they will now have to deal with “bureaucracy, documents, papers, and stuff like that“.

“I am very sad because of Brexit, because I feel that Europe lost a very important country”, she emphasises. “And the results of Brexit may appear in the future”.