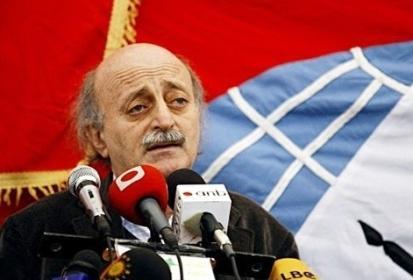 Progressive Socialist Party chief Walid Jumblat on Tuesday called PM-designate Saad Hariri and stressed his “categorical rejection” of what he called the “campaign” against the premiership post.

Jumblat also condemned “the personal insults that have targeted PM-designate Hariri” despite some “temporary political differences” between him and the premier, a PSP statement said.

A war of words had recently erupted between Hariri and President Michel Aoun’s camp after the president was caught on camera accusing the PM-designate of “lying.”