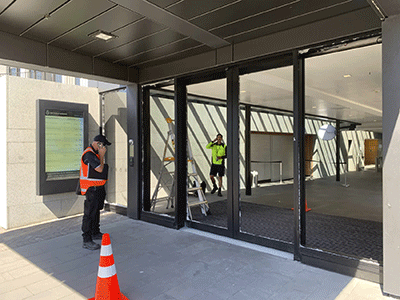 Police said a man armed with an axe smashed the glass doors that form the main entrance to New Zealand’s Parliament early on Wednesday but did not attempt to enter the building.

Police said they were called to the complex in the capital, Wellington, at 5:25 a.m. after getting reports that a man had been seen with an axe. They said that 10 minutes later, they arrested a 31-year-old man without incident.

New Zealand’s 120 lawmakers are currently on a summer break, and there were few people in the building at the time.

The man has been charged with intentional damage and possession of an offensive weapon. If found guilty, he could face up to seven years in prison.