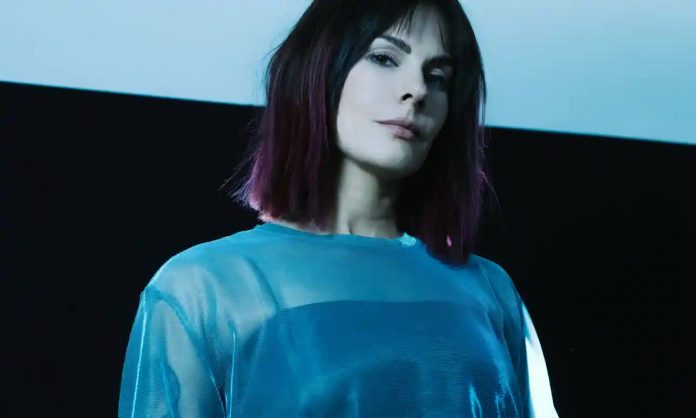 Rebekah: ‘As a young DJ I was kind of ruthless … at the cost of myself.’ Photograph: Camille Blake

As #MeToo stories start to emerge in the dance scene, UK star Rebekah tells her own as she presses for industry change with her #ForTheMusic campaign

Rebekah, who is 5ft 1in, says she would have looked about 14 at the time. “I just used to take it in my stride,” she says. “It took me aback a little bit and I was like, ‘OK, I’m not going to get taken seriously,’ Not getting taken seriously is just a common theme throughout my career.”

Nearly 25 years later, Rebekah is one of Europe’s leading techno artists, respected by her peers, industry media and hundreds of thousands of fans who flock to see her play pounding, industrial rhythms at clubs and festivals all over the world. In electronic music, female, non-binary and transgender DJs are still far outnumbered by men, but today some of the scene’s biggest stars are women – among them fellow techno DJs Amelie Lens and Charlotte de Witte, both from Belgium. When Rebekah was starting out in the mid-90s, there were no such role models and no clear path to success.

The record shop incident would set the tone for the sexism, harassment and abuse that Rebekah has experienced throughout her career. Along the way, there have also been many supportive men who have nurtured and encouraged her, she says. But for some, her passion for music was something to be used against her – either as a subject of ridicule, or as a means of sexual exploitation. As #MeToo stories begin to emerge in the dance scene with recent allegations made against Derrick May (which he denies) and the late Erick Morillo, Rebekah’s career is pockmarked with the same patterns of abuse.

One year after being laughed out of the record shop as a 17-year-old, Rebekah was raped by an acquaintance, who had come round under the pretence of teaching her to mix records. At 21, when she started touring internationally as a DJ, she believes she was sexually assaulted in eastern Europe by a promoter who snuck into her hotel room while she was passed out. A few years later in another European country, he tried to coerce her into sex. She refused him and has never been booked again in either country. “It makes me look stupid, knowing he possibly did the first assault to go back and put myself in that position,” Rebekah says. “This is where, as a young DJ, I was kind of ruthless because I would do whatever, when I had my eyes on something, at the cost of myself.”

A couple of decades ago, persisting in the face of continual disrespect was the norm for a female DJ. Rebekah recalls rejecting a former booking agent who came on to her one night in London. “I said, ‘I can’t believe that you’re doing this. I thought you put me on to your agency because you respected me as a DJ,’” she recalls. “He was like, ‘You’re not a DJ. I created you, you’re not a fucking DJ.’” When Rebekah suggested to a legendary US house DJ that they work together in the studio, he replied: “Only if you’re naked.” In Ibiza, a well-known radio DJ gave Rebekah the once-over three times before refusing to shake her outstretched hand. His response stung, but it also convinced Rebekah to ditch her formerly glamorous aesthetic. “I was like, ‘Why should I have to change for a man who’s high in the industry to take me seriously?’” she says. “But, in the end, that’s kind of what I had to do.”

Her new uniform of jeans, T-shirt and trainers also helped Rebekah distance herself from her five-year stint working in the adult entertainment industry, from the age of 19. “I was like, ‘Nobody takes me seriously, anyway, it doesn’t really matter [that I’m a model],’” she says. “I was young, I needed the money. But it was also a way to not have a full-time job and to be able to still apply myself to music.”

The stigma of having worked as a glamour model made it tougher for Rebekah to gain the respect of her peers and audiences, especially early in her career. “All the house guys, they were never going to take me seriously … I was always the dirty one, the glamour model: ‘What does she know about mixing?’ That’s what I was up against.” As recently as 2017, after two decades of demonstrating her talents, Rebekah was accused of faking her DJ sets by not mixing tracks live (an allegation commonly levelled at female DJs), which she promptly disproved with a performance video.

The new crop of female techno stars such as Lens and de Witte have also adopted a casual look: their (mostly black) baggy T-shirts and streetwear fashion complements their austere music, distracts attention from their bodies and rebuffs the suggestion they are trading on their looks. It’s a fine line to walk for female artists who are both rewarded and punished for being attractive.

“Being female in this industry is a double-edged sword,” says Rebekah. “In one respect, you get noticed really quickly and things happen really fast. But, on the other hand, you might not be ready for it. You get thrown in the deep end and you just have to survive.”

After years of merely surviving, a now thriving Rebekah feels her career is close to its peak, even while it’s temporarily held back by the pandemic. It’s from this position of hard-won recognition that she finally felt comfortable to address sexual harassment and assault in electronic music, an issue that came to a head in September following the death of house superstar Erick Morillo, who was eulogised on social media despite having been recently charged with rape. The rape survivor who pressed charges was a fellow DJ who had played a gig with Morillo before going back to his house with another woman. Numerous other women shared stories of being assaulted by Morillo following his death, and were met with vitriol and slander on social media.

“I just went back to being the 17-year-old,” Rebekah says. “It’s been 20-odd years, and I thought things were in a better place and, what, we’re slut-shaming a female DJ who went back to a fellow DJ’s house? It made me feel sick.”

She described her outrage over the Morillo situation on Instagram, and received a deluge of messages from young women sharing their experiences of abuse. They inspired Rebekah to start a campaign called #ForTheMusic, named for the women and LGBTQ+ members of the scene who want to enjoy gigs without being harassed or fearing for their safety. Hedonism has always gone hand in hand with clubbing, but the scene’s milieu – late nights, drinking and drug use and a lack of industry oversight – has also enabled sexual predators to operate in the shadows for decades.

Rebekah’s call to action was heard. The Association for Electronic Music released an industry code of conduct in November and other industry bodies have been developing their own pledges and charters to encourage the reporting of harassment and assault, to hold abusers accountable for their actions and to create safer spaces for clubbers as the industry looks to reopen in 2021.

As a mentor to young female artists trying to break into electronic music, Rebekah says she feels obliged to continue pushing for change. “Can we live with ourselves, to keep bringing more women [DJs and producers] in knowing that this is going on?” she says. “I can’t, and I think we’re really strong now. This is like an army. That has to speak volumes.”