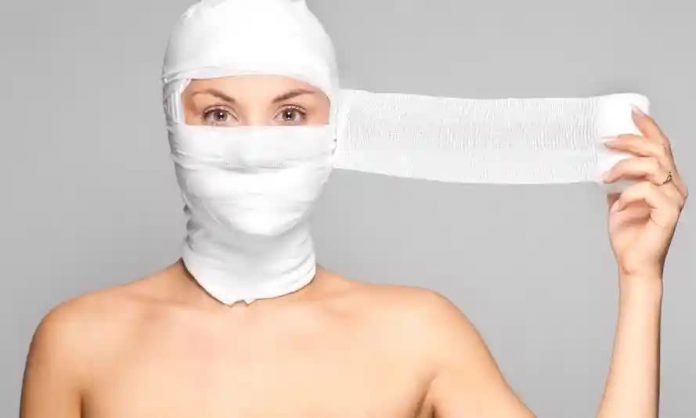 Wanting to emerge from lockdown ‘better’ versions of themselves, some people are turning to drastic measures

‘Most of my friends have said, “Oh, I want to get this done during the pandemic.”’ Photograph: fotografstockholm/Getty Images

When Kaafiya Abdulle gave birth to her son in April 2017, she chose to breastfeed. A year later, she switched to baby formula, hyper-vigilant of the effects nursing had on her breasts. Unhappy with the sagging and shrinking that had occurred, she began to research breast lifts – a procedure she desperately wanted but never had the courage to pursue. Until the pandemic, that is.

Social pressure to have emerged from the pandemic as a better version of oneself appears to have resulted in stigma for those who haven’t used the time for self-improvement. With amped-up betterment messaging on social media about getting in shape, staying productive and starting a side hustle, people like Abdulle have turned to drastic measures to keep up.

“There’s been this popular [messaging] that you’ve had all these months at home, and if you don’t look better than you did before … then you haven’t really accomplished something,” she says.

“That’s when I started to think maybe I should get my boob job,” says Abdulle, who just underwent breast augmentation in Helsinki, where she resides.

Plus, there are other silver linings to the pandemic. “Everything is pretty much closed,” Abdulle says. “I have time to heal right now because I’m doing my schoolwork from home.”

For those reminding us of how Shakespeare wrote King Lear in quarantine, many are finding another side-effect from all the immense time we are spending at home: increased self-scrutiny.

People have more time on their hands. They’re spending more time in front of the mirror or on themselves

“People have more time on their hands. They’re spending more time in front of the mirror or on themselves, so they’re becoming more critical,” says Dr Jacob Sedgh, a double board-certified facial plastic surgeon based in southern California. With people venturing out less, he adds: “[People] aren’t spending as much money on travel or clothing, and instead are spending more money on fitness and looking good.”

Sedgh has seen an influx of new patients who have never undergone a cosmetic procedure before. Surgical and nonsurgical procedures are highly sought-after – with rhinoplasty (also known as a nose job), facelifts, fillers and Botox as the most popular – but Sedgh has mostly noticed a rise in surgical procedures. He puts that down to the newly allowed downtime. After surgery, people can experience swelling, bruising and look pretty different from their end result. But those working from home have a chance to bunker down in the shadows while they recover without anyone noticing.

Katie Colson, a 32-year-old senior account manager in Austin, Texas, had lip injections for the first time this August after considering them for over a year. She didn’t have fears about contracting Covid because everyone in the clinic was wearing a mask at the time of her consultation and during administration. “I thought if I can go have my teeth cleaned, I can get lip injections,” she says. “The thought of getting them done while working from home was appealing in case I bruised badly or they turned out weird or misshapen.”

Dr Steve Pearlman, a dual board-certified facial plastic surgeon in New York City, has also seen an increase in celebrity clients who aren’t filming, performing or attending events during this time. After being closed for three months due to New York state Covid restrictions, an influx of his patients seeking surgical rhinoplasty revision, rhinoplasty facelifts and lip lifts (in that order) has kept his practice booming.

For his average client, choosing to hide their face has become normalized with video chatting and conference calls, offering a new venue for the surgical healing stage. “Someone who’s working remotely can now have surgery and be on Zoom three days, post-rhinoplasty or post-facelift, and just say, ‘I’m not putting my camera on today, my hair is in curlers,’ when actually they have a cast on their nose or wrap around their face,” he says.

But while video chatting has its benefits, it has also silently contributed to self-consciousness, due to the increased time both men and women are spending looking at their faces.

This has been borne out by research – a recent study published in the journal Facial Plastic Surgery & Aesthetic Medicine notes this surge in patients seeking surgery due to overexposure to themselves on Zoom.

“Normally we do not look at ourselves that much or for that long,” Pearlman says.

Plus, video-calling exaggerates facial asymmetry – because the image provided by a camera is backwards. “Cellphone cameras have a fisheye effect, making everything in the image exaggerated. So it makes the nose look bigger, or a crooked nose look more crooked. Selfies not only make it look worse because you’re seeing photographs instead of a mirror image, but they distort the real image of yourself,” says Pearlman.

Pearlman says male surgery requests have stayed the same, unlike women, and believes there is a reason for that: “Men aren’t staring in the mirror as much at home, and when they’re on Zoom, they aren’t really concentrating on what they look like. Women are more worried about what they look like to everybody else.”

When doing a consultation, Pearlman, like many other plastic surgeons, uses a professional camera that is more accurate and can ease this sense of facial dysmorphia – but with the constant reminds many of us have day-to-day – Instagram filters, selfies and Zoom calling – it’s unlikely to make a dent.

The facial dysmorphia brought on by our very current, unique set of circumstances is therefore a dangerous precedent on which to base a lifelong decision. Still, people are falling victim to it.

Abdulle, who has confided in her friend group about her breast augmentation plans, says even they are having similar thoughts. “Most of my friends have said, ‘Oh, I want to get this done during the pandemic.’ … I feel like we never used to sit down and have these conversations, but now it’s coming up almost every time we talk,” she says.