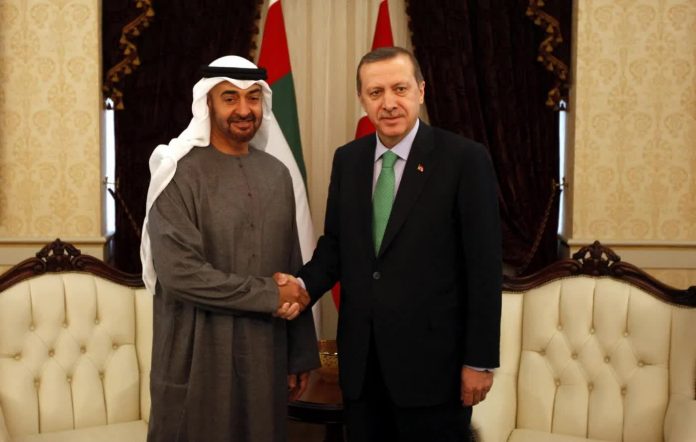 A senior Turkish official described the UAE’s call for better relations with Turkey as a “positive” step, yet told Middle East Eye that Ankara didn’t believe it a signal for an imminent rapprochement.

The official, who was responding to UAE Minister of State for Foreign Affairs Anwar Gargash’s comments on Sunday suggesting relations between the two rivals could be “recalibrated”, said Turkey has never tried to undermine the Emirati government.

“As we always said, it was the UAE that has tried to sabotage our government in the region,” said the official, speaking on condition of anonymity. “We have never made similar efforts against them.”

Officials in Ankara are cautious about the senior Emirati minister’s relative positivity. They believe it isn’t enough to confirm that Abu Dhabi has had a change of heart in its regional policies, which put the governments at odds over multiple issues, including Syria, Libya and Somalia.

‘As we always said, it was the UAE that has tried to sabotage our government in the region. We have never made similar efforts against them’

Gargash said on Sunday that any normalisation deal would “respect mutual sovereignty”.

“We don’t have any problems with Turkey, like border issues or other such issues,” Gargash said during a Sky News Arabia interview, adding that if Turkey were to cut off its “support to Muslim Brotherhood” it could “recalibrate its relations with Arabs”.

The Turkish official said the UAE has recently taken some other positive steps that hadn’t been publicly disclosed or discussed.

“They used to give our businessmen a lot of difficulty – that’s changed. Now they are welcomed,” the official said. “They also announced some travel restrictions for our businesspeople, but they didn’t follow through.”

Abu Dhabi has also been resistant to reopen the popular flights between Istanbul and the UAE, but that also changed, the official added. “The flights between the countries have returned to normal.”

Both Etihad and Emirates airlines announced last month that they were resuming flights to Turkey.

All eyes on Biden

Turkish officials believe there are two reasons behind the UAE’s motivation for a thaw in the relations. First is the recent deal that put an end to the Qatar embargo.

“For some time, Abu Dhabi has been using Saudi Arabia as a shield in its regional adventures. It made sure that Riyadh was on its side and against its rivals and enemies. Not any more after the reconciliation.”

Bakeer said closer relations between Riyadh and Doha could deeply change the geopolitical configuration and disenfranchise the UAE.

“It can’t challenge such a regional shift. It will forcibly extend its hands now and lay down waiting [for] the right time to come back,” he said.

Officials in Ankara suspect that the biggest reason for Gargash to set a friendlier tone is Joe Biden’s incoming administration in the US.

“It is all about Biden and his policies,” the official said. “They are trying to create more room to manoeuvre.”

The Biden administration is expected to be less friendly and forgiving towards the UAE-Saudi Arabia axis, which for four years was heavily backed by Donald Trump.

Before turning a page on years of poor relations with the UAE, Turkish officials say they need to see a complete reversal of policies and moves targeting Turkey and its citizens. “We are yet to see any kind of action in that regard,” another Turkish official said.

The two countries are locked in a bitter regional struggle, which recently intensified in Libya, where they support opposing parties.

In the past, Ankara has accused Abu Dhabi of financing a coup attempt in Turkey in 2016. Turkey suspects that a UAE-owned aircraft was used last August to target Turkish air defence systems at al-Watiya airbase in western Libya, which was seized by the Turkey-backed and UN-recognised Government of National Accord last year.

The UAE is currently holding a Turkish businessman on charges of terrorism, which Turkish officials describe as “a politically motivated arrest”.

Turkey also last year arrested a Jordanian man for spying for the UAE, accusing him of collecting information on the Muslim Brotherhood leaders. 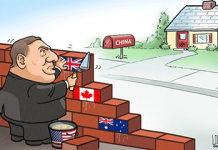 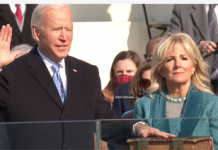