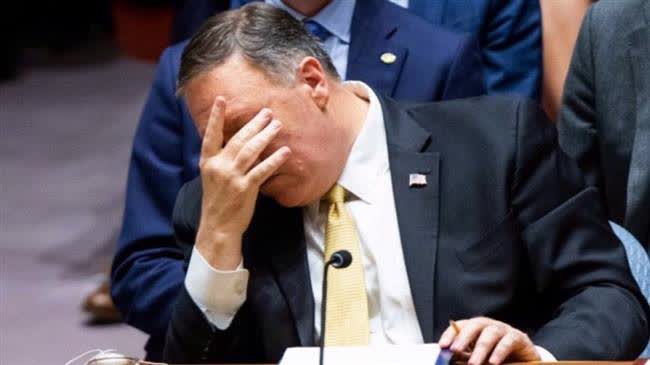 The Iranian Foreign Ministry has denounced as “baseless” recent US accusations about Iran’s ties with the al-Qaeda terrorist group, saying the claims show Washington’s frustration and the failure of its so-called maximum pressure campaign in its final says in office.

Saeed Khatibzadeh, the Foreign Ministry spokesman, made the remarks in response to US Secretary of State Mike Pompeo’s accusations on Tuesday, and said resorting to these “hackneyed, baseless tricks and claims will not help the US repair its tarnished reputation.”

Khatibzadeh added that the repetition of such allegations by the outgoing US administration shows “America’s desperate, hopeless, and failed maximum pressure policy against Iran.”

Stressing that Iran’s record in countering the terrorist groups of al-Qaeda and Daesh is clear and tenable, Khatibzadeh said the country has been a victim of US state terrorism for years.

The Iranian Foreign Ministry spokesman also said Pompeo had made the same accusations against Tehran in the past to divert attention from the real supporters of terrorism, which are Washington and its allies.

Earlier in the day, Iran’s Foreign Minister Mohammad Javad Zarif said his American counterpart was marking the twilight of his already “disastrous” career with a pathetic end by resorting to more baseless warmongering lies about Iran and other countries.

Pompeo accused Iran, without any evidence, of being the terrorist al-Qaeda group’s “new home base,” and said the claims was part of, what he called, publicizing “declassified US intelligence.”

Reporting Pompeo’s claims, the Reuters news agency said the US official had made the remarks while any link between the group and the Islamic Republic had been met with “skepticism” even within the US’s own intelligence community and Congress.

The agency called such remarks part of the outgoing US administration’s efforts to complicate President-elect Joe Biden’s potential return to a 2015 nuclear deal between Iran and world powers that incumbent President Donald Trump controversially quit in 2018.

This is not the first time the United States has tried to associate the terror group with Iran.

Citing unnamed intelligence officials, The New York Times claimed in November that Abdullah Ahmed Abdullah, the al-Qaeda’s second-in-command who went by the nom de guerre Abu Muhammad al-Masri, had been gunned down by two armed assassins in Tehran in August.

The Iranian Foreign Ministry said the Times’ report was based on “false information,” and vehemently rejected the presence of any of the terrorist group’s members in the country.

The ministry said such accusations are undoubtedly made in the context of an all-out economic, intelligence and psychological warfare against the Iranian people, and that the media should not be a platform for spreading agenda-driven White House lies against Tehran.

Tehran has time and again blasted the US’s groundless accusations as a means of its trying to obscure its own role in creation and continued existence of terrorist groups.

Washington and many of its Western and regional allies have long been identified as the main contributor to the emergence of terrorist outfits in the West Asia region, including al-Qaeda and Daesh.