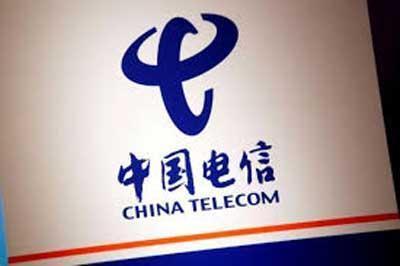 SHANGHAI/SINGAPORE (Reuters) – Asian and European investors are snatching up discounted Chinese stocks hit by a U.S. investment ban, finding bargains as giant American funds bail out and shrugging off concerns that the sanctions could hurt the companies’ prospects.

Swiss investment bank UBS said clients were interested in taking advantage of the selldown. In a week that saw Vanguard and BlackRock announce divestments, cash has poured in to lift Hong Kong-listed shares of Chinese telecoms by more than 15%.

China Mobile is heading for its best week in nearly 12 years. State-owned oil company CNOOC Ltd is up 16% and chipmaker SMIC 10%. All three are subject to the sanctions and have been, or risk being, removed from global indexes.

The flows and price moves point to deep faith abroad and especially at home in the worth of the 35 Chinese companies, and subsidiaries, that Americans are barred from holding after November 2021. It also raises questions over how painful the sanctions will prove.

“I think it’s worth monitoring the market closely these days because there will be forced liquidations triggered,” said UBS’ head of China strategy Wendy Liu. “We do have European investors interested in stocks blacklisted by the U.S.”

U.S. funds are scrambling to sell following a November order from President Donald Trump banning buying companies deemed to have links with China’s military. He clarified on Wednesday that the ban extends to owning the stocks.

Passive investors are also responding to the removal of more than a dozen companies from benchmarks compiled by MSCI, FTSE Russell and S&P Dow Jones Indices.

Vanguard and BlackRock have given few details of their divestments and have not detailed exactly which stocks they have sold. Vanguard has said it has sold to comply with the rules and BlackRock said its index funds have responded to index changes.

“Opportunity exists now,” said portfolio manager Dave Wang at Singapore’s Nuvest Capital, which has increased exposure to state-owned firms in the construction and energy sectors in China since the U.S. sanctions were announced.

“Profit outlook is trending upwards, while valuation has been depressed and lots of pessimism is priced in due to the (U.S.) list.”

Support for the sanctioned companies seems to run strongest in China, where brokers have issued buy recommendations and some retail investors mentioned patriotism along with profit as their motive for buying.

Cash flows into Hong Kong from the mainland hit record levels this week as Chinese investors snapped up sanctioned companies listed there.

Holdings by mainland Chinese in China Mobile, China Unicom, China Railway Construction Corp and CNOOC have more than tripled since the companies fell under the remit of sanctions, among other heavy inflows to affected stocks.

But though the stocks have rallied, prices are still lower than before the companies were sanctioned, and they face months more of selling as well as loss of access to the world’s deepest pool of capital. There is also a lot of uncertainty around the details of the rules.

But U.S. fund managers say investors are taking no chances.

“The prevalence of U.S. firms all along the financial supply chain means that liquidity will dry up,” said David Loevinger, California-based managing director at asset manager TCW’s emerging markets group.

“This is forcing investors to sell now while they still can.”

And that means picking their moment before November to part with the sanctioned sections of their exposure to the world’s best-performing big economy.

Additional reporting by Gaurav Dogra in Bengaluru and Rodrigo Campos in New York; Editing by Vidya Ranganathan and Jacqueline Wong