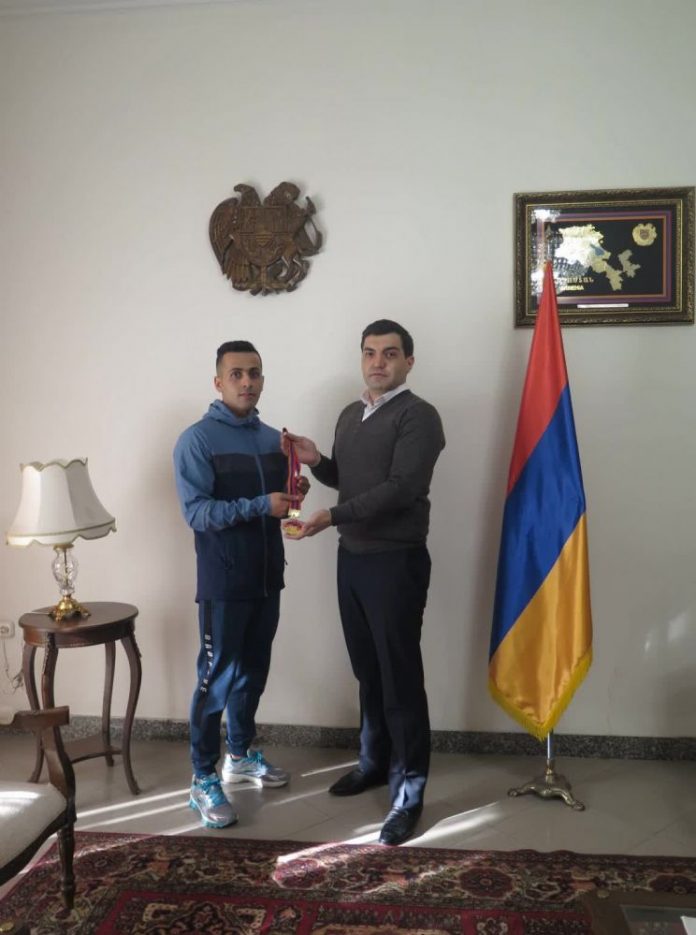 Iranian champion in Kyokushin karate Ahmad Bagheripoor, the gold medal winner of the 12th open championship in Armenia in 2017, has decided to hand over his gold medal to the family of Arthur Sukiasyan, an Armenian athlete who died during the 2020 Artsakh war, the Armenian Embassy in Iran reports.

Arthur Sukiasyan and Ahmad Bagheripoor were friends and participated in many tournaments together.

On January 13, the Iranian athlete handed his gold medal to Gor Shahverdyan, third secretary of the Embassy of Armenia in Iran to be presented to Sukiasyan family in Armenia.