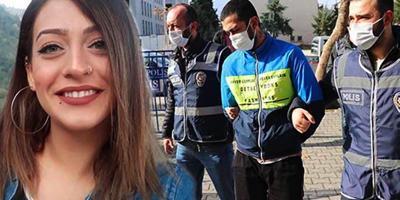 An Iranian national, who allegedly strangled to death a 22-year-old university student in the southwestern province Denizli, committed suicide by hanging himself in prison, according to a report by Demirören News Agency.

Officers at Denizli’s Kocabaş D Type Prison on Jan. 13 found Shayan Kheyrian’s body who was under arrest on charges of killing Aleyna Yurtkölesi, allegedly the ex-girlfriend of the suspect.

After the investigation conducted by the gendarmerie teams in the prison cell, Kheyrian’s body was taken to a morgue of a forensic medicine institution for autopsy.

The legal investigation into the incident continues.

Yurtkölesi, who was studying at the Pamukkale University, was found dead on Jan. 9 in her apartment where she lived alone.

In the examination, it was determined that the prime suspect in the murder was Kheyrian.

Kheyrian was arrested by a court after he confessed that he killed the young woman by strangling her throat.