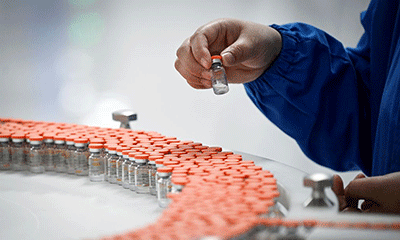 The Global Times yesterday criticized major US and UK media outlets for downplaying the deaths of 23 elderly Norwegian people after receiving a Pfizer vaccine, while hyping up any unfavorable information about Chinese vaccines. After the editorial went online, some “public intellectuals” in China became very angry, attacking the Global Times and me for being “anti-science.” They said that I’m praising Chinese vaccines in a nationalistic manner and disparaging Pfizer vaccines. They also stressed the importance of building Chinese people’s trust in Pfizer vaccines.

My basic attitude is that as both domestic Chinese vaccines and Pfizer vaccines have been approved and applied, each of them must have its merits and applicability to specific countries. Both Chinese vaccines and Pfizer’s vaccines have been developed in a hurry, and Pfizer’s vaccine, in particular, should take longer time because it uses new mRNA technology. It is the logic of rational thinking that the current pandemic is extremely critical, and it is understandable that various vaccines should join the fight in an urgent manner. The overall benefits they bring to pandemic prevention will outweigh the problems that might be caused by the risks.

Yet who has started the public opinion war on vaccines in the first place? Obviously, it is the opinion think tanks of the US and its key allies. They attacked the development of China’s vaccine as “opaque” and “data-incomplete” from the start and highlighted unconfirmed cases of suspected side effects from Chinese vaccines. As everyone knows, the Phase-III clinical trials of Chinese vaccines are mainly conducted in foreign countries, so data collection and compilation is much more difficult than that of the Pfizer vaccine, which is the most important reason for the slow release of the Chinese data. Before the vaccine was officially approved for vast use, some high-risk groups in China, such as those who need to go abroad, received the vaccines in advance. The advantages apparently outweigh the disadvantages in such cases. And up till now, no serious side effects have been reported among the people who have received the Chinese-made vaccine. Doesn’t that in itself reflect a lot of positive information?

However, if you look at the websites of major media in the US and the West, almost all the news you read about the Chinese-made vaccine is negative. Even if some of the news is positive, they were narrated with a lot of negative analysis. The press is out to destroy the reputation of the Chinese vaccine, hoping that the world will wait for Pfizer and other American and Western companies to produce surplus vaccines and finally get vaccinated.

Unfortunately, there have been many real cases of serious side effects with the Pfizer vaccine. In addition to the 23 deaths in Norway, there have been other death cases in some countries after receiving a Pfizer vaccine, but those sporadic deaths were declared unrelated to the vaccine. The veracity of such a declaration is questionable. Besides, there were six severe adverse reactions that occurred in France and several cases of severe allergies in the US. Much of this information is accessible only if you search online, and none of the US press has put it on a prominent page. But if a Chinese vaccine had caused a death or serious side effects, the Western media would have surely amplified it.

Radio Free Asia, a US media outlet, even fabricated in its Cantonese edition that the staff of a Chinese airline became dizzy after receiving Chinese vaccines. In comparison, what mainstream Chinese media outlet has used rumors about Pfizer’s vaccine to defame its credibility?

Fair reporting of allergic events and side effects from both Chinese vaccines and Pfizer’s vaccines is of great significance. The biased reports by Western media outlets have made the Chinese vaccine like a boat sailing against the current in the international public opinion arena. It is not only unfair, but also harmful to the global fight against the pandemic. The Global Times has the obligation to correct the environment of public opinion created by misinformation from Western media and do our part to promote the fairness of public perceptions regarding different vaccines.

The author is editor-in-chief of the Global Times. [email protected]