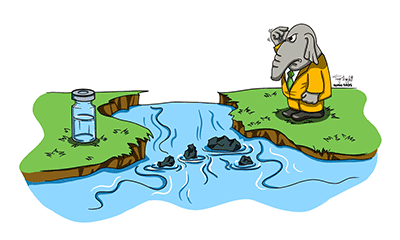 Like the world’s other COVID-19 vaccines that have been pushed to the front line of the fight against the pandemic at a fervent pace, India’s vaccines are actually facing a mix response of doubt and praise.

On the first day of India’s mass COVID-19 vaccination campaign, 51 out of the more than 4,000 healthcare workers who received the jab on Saturday experienced some adverse side-effects after inoculation, one suffering from severe side effects and being rushed to the intensive care unit (ICU) at a Delhi hospital. The recipient had a severe adverse reaction, mainly due to undisclosed co-morbidities such as high blood pressure, sugar and liver problems, The Times of India reported on Sunday.

Since India’s top drug regulator gave emergency-use authorization for the Oxford University-AstraZeneca’s Covishield and domestically produced Bharat Biotech’s Covaxin in early January, concerns over vaccine safety and efficacy have lingered, due to lack of data and insufficient clinical verifications for Covaxin.

Still, it is commendable for the South Asian country to start its ambitious vaccination campaign in such a short period of time, and the country wants to inoculate 300 million of its 1.3 billion people in the coming several months.

However, precautions are all the more important since it is still unclear whether one of the vaccines that has not completed all its clinical trials, really works, especially at a time when India is racking up its vaccine manufacturing capacity to curtail the assault of the coronavirus.

Previously, the Indian government said on different occasions that it would prioritize the supply of home-made COVID-19 vaccines to its close neighbors like Nepal, Bhutan, Bangladesh and Myanmar once it rolls out a vaccine, according to Indian media outlet reports. So far, a number of those countries have expressed strong interest in procuring India’s vaccines. Myanmar has reportedly ordered 30 million doses of India’s vaccine, while South Africa is expected to get 1.5 million vaccines from the Serum Institute of India.

For those developing countries that have no domestic vaccine production capacities, it is understandable for them to look to India for COVID-19 vaccine supply. India has the world’s largest vaccine manufacturing capacity, accounting for 60 percent of global production.

However, it is worth noting that all COVID-19 vaccines are developed in a relatively hasty pace in the face of the pandemic’s onslaught, with understandably less clinical trials for some vaccines. Therefore, extraordinary caution is warranted for both vaccine producers and buyers when it comes to mass procurement and inoculation. The coronavirus vaccine is a serious scientific issue, and its procurement should not involve geopolitical rivalry which will complicate and rattle global supply and demand.

The principle of respecting the choices made by governments to buy varied vaccines, and ensuring information transparency, should be observed during a quickened vaccination process. Any attempt to politicize vaccine exports may come at the expense of transparency, which may imperil people’s health.