YEREVAN, January 18. /ARKA/. Some 200 million drams (more than $382,000) worth financial and other assistance has been provided to those residents of Artsakh (Nagorno-Karabakh) who had to flee their homes before the advancing Azerbaijani troops took control of them, Mikael Virabyan, an advisor to Nagorno-Karabakh president, who also coordinates the operational headquarters of the Artsakh government in Armenia, told a news conference today.

He said about 54 million drams of that amount were provided as partial compensation for the funeral of the servicemen killed in the war.

Virabyan recalled that according to the latest data, over 93,300 residents of Artsakh had to move to Armenia. As of now about 50,000 of them have returned.

He said the main task of the headquarters is to provide the displaced people with housing, hot food, warm clothes and ensure children’s schooling and so on.

Virabyan confirmed that the Artsakh residents who are still in Armenia are waiting for a solution to their housing problem in their homeland, which is a matter of time. He also noted that free buses from Yerevan to Artsakh will continue to operate as long as there is a need for them.

According to one of the government programs, each person who has moved from Artsakh to Armenia is provided with financial assistance of 68 thousand drams (about $130), and if he does not have a property Armenia, an additional 15 thousand drams are added (about $29).

According to another program, before determining the specific status of the missing soldier, his family will be receiving 300 thousand drams (about $ 600) a month for a maximum of 6 months.

Assistance will be provided from the state budget in the amount of 500 million drams (about $960 thousand).
On September 27, 2020, Azerbaijani armed forces, backed by Turkey and foreign mercenaries and terrorists, attacked Nagorno-Karabakh along the entire front line using rocket and artillery weapons, heavy armored vehicles, military aircraft and prohibited types of weapons such as cluster bombs and phosphorus weapons. 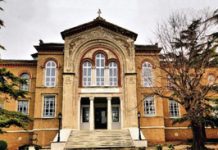 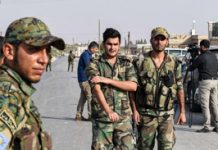