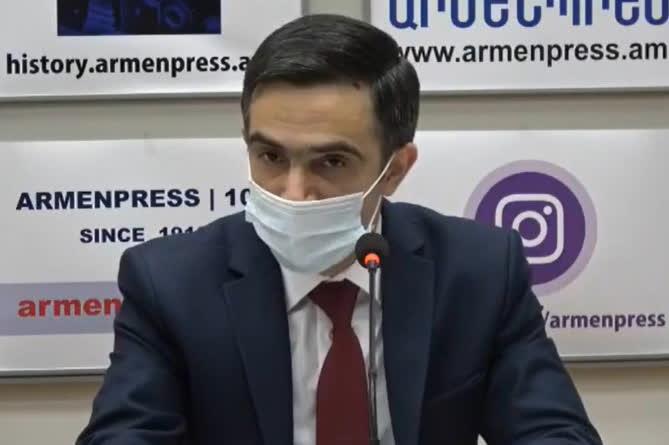 YEREVAN, January 19. /ARKA/. Armenian Deputy Minister of Labor and Social Affairs Ruben Sargsyan announced today the launch of two programs designed by the ministry to provide residents of Artsakh (Nagorno-Karabakh), who fled their homes because of the war, with temporary jobs in Armenia.

Sargsyan said in the first stage the program will involve those citizens of Artsakh, whose places of residence are controlled now by Azerbaijan. Starting next week it will be extended to involve all residents of Artsakh, currently residing in Armenia, whose houses were damaged by the Azerbaijani shelling.

One of the programs is paid internships for unemployed refugees willing to gain work experience in new fields. The government will pay each refugee 100,000 drams a month and compensate their employers for all resulting taxes.

The second program is public works. The involved refugees will be able to work for up to three months and receive 8,000 drams ($15) a day.

The deputy minister stressed that according to preliminary estimates, the programs may involve two thousand Armenian refugees from Artsakh, but if more people apply the ministry will be able to provide temporary employment to more people. Sargsyan said that 663 residents of Artsakh have already applied.

According to Artsakh authorities, at least 90,000 residents making up around 60 percent of Karabakh’s population fled their homes during the war. As of today, some 500,000 of them have returned home.