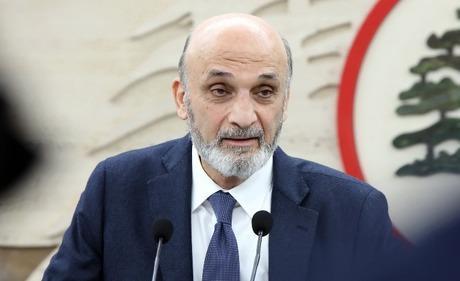 Lebanese Forces leader Samir Geagea on Monday reiterated his call for early parliamentary elections in the face of the country’s multiple and compounded crises.

“Over the past year and three months, the Lebanese people have been enduring the biggest protracted crime in Lebanon’s modern history,” Geagea said in a written statement.

“The nation is bleeding, the people are groaning and screaming, economy is deteriorating, institutions are collapsing, the state is declining and fear for the fate is growing, whereas the ruling majority is clinging to its positions and standing idly by,” the LF leader explained.

He lamented that “this camp is dealing with the crisis with full carelessness, as if it is happening in another country. We have not witnessed a change in policies nor a replacement of the adopted approach,” Geagea lamented.

He accordingly urged everyone to become convinced, like the LF, that “the Lebanese can only find salvation from this catastrophe through early parliamentary elections.”