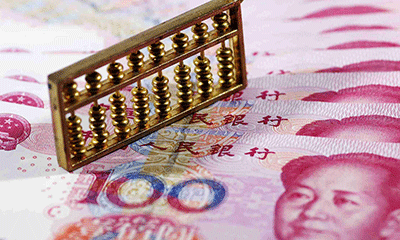 Index provider FTSE Russell faced strong pushback from some Japanese investors when explaining its plan to add Chinese government bonds to its flagship World Government Bond Index (WGBI) at a recent online meeting, according to Reuters.

To a certain extent, such concerns may be understandable, but there is no such a thing as a “perfect” investment. Some observers believe that the reason the Japanese investors are so sensitive about technical issues that they choose to ignore the overwhelmingly positive aspects of the investment decision, may be even more complicated than economic factors.

The inclusion of Chinese debt into the three major bond indexes reflects international investors’ confidence in the country’s strive for reform and opening-up of its capital market as well as China’s sustained rapid growth. Even as the rest of the world has contracted in the face of the surging COVID-19 pandemic, the Chinese economy managed to bounce back quickly, recording a more-than-expected 2.3 percent growth in 2020, according to government statistics published on Monday.

While it may be China’s slowest annual growth rate in decades, most economists expect the growth momentum will continue into 2021, a real relief and comforting economic contribution for the world economy that is battered by the pandemic.

Compared to some politicians’ paranoia and suspicion when it comes to the Chinese economy, global capital flows are generally speaking more honest and straightforward. Despite some restrictions on capital flow, China’s steadfast efforts in advancing financial market reform and opening-up has won growing recognition from global institutional investors.

In fact, foreign holdings of Chinese bonds, mostly in the form of government debt, have almost tripled since the end of 2017. According to the latest data from China Central Depository and Clearing Co, overseas investors in December held a total of 2.88 trillion yuan of Chinese bonds, up 53.7 percent from the same period the previous year. December also saw foreign investors raise their holdings of Chinese debt by 118.5 billion yuan for the 25th consecutive month.

Since the outbreak of the coronavirus pandemic, major economies around the world have rolled out various economic stimulus. The incoming Biden administration is expected to unveil new massive stimulus package to pump more liquidity into the pandemic-hit economy, even though its fiscal deficit has been running at a record high.

The spillover effects of the global quantitative easing have already pushed the global markets into a liquidity trap with rising financial risks.

Under such circumstances, China’s sovereign bonds, which have a stable yield and backed by strong fundamentals, deserve more attention from global investors.