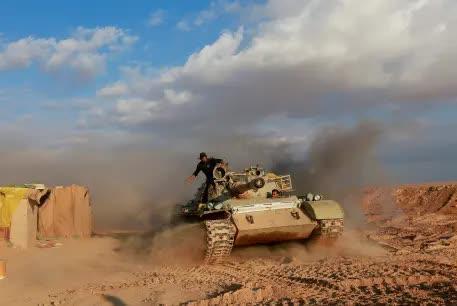 The area could contain several weapon storage facilities meant to be used by the militias or smuggled into Syria and Lebanon.

According to Iranian sources, the attack was attributed to the United States, even though a senior US defense official told Fox News’ reporter Jennifer Griffin that the US was not involved in any attack in the area, contradicting previous reports.

The area could contain several weapon storage facilities meant to be used by the militias or smuggled into Syria and Lebanon, The Jerusalem Post’s Hebrew sister paper, Maariv, reported.

This alleged strike took place about a year after Qasem Soleimani was killed, with different reports of increased alertness around the anniversary of his death.

The coming end of the Trump Administration is another concern for the militias in the area, fearing that Trump will attempt to launch one final assault before leaving the White House, Maariv reported.

Iranian-backed militias have been accused of a series of rocket attacks against Baghdad’s Green Zone, where many Western embassies are located, including the US.