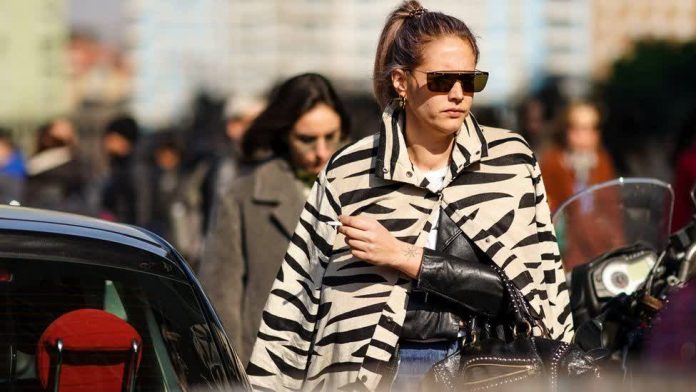 It’s all change for the trendy crowds along the canals of Milan, used to holding a glass of aperitivo in one hand and a cigarette in the other. Because a ban on smoking outdoors has just come into force in a range of public places.

Smoking within a 10m (30ft) distance of other people is no longer permitted from Tuesday at bus and tram stops as well as in the city’s parks and green spaces, sports and recreational grounds, children’s play areas, stadiums and cemeteries.

Italy was the first country in the EU to bring in an indoor ban on smoking in public places in January 2005.

Milan is now the first Italian city to introduce such an extensive outdoor ban, part of a package of measures to improve air quality and combat climate change.

Other planned regulations, which will come into effect in phases over the next three decades, also target factors like car emissions and heating fuels.

One of Italy’s most densely populated cities, Milan sits on the flat plain of the Po Valley, which has the highest levels of air pollution in Western Europe.

Municipal councillor Marco Granelli says the ban’s aim is twofold – to help reduce dangerous fine particles in the air known as PM10, currently well over the European limit, and to protect citizens’ health.

Cigarette smoke accounts for 8% of the city’s PM10.

“During this pandemic, we’ve seen that our health is fragile and our lungs are attacked by this virus,” says Mr Granelli, adding that keeping people’s respiratory systems healthy and strong has now become a priority: “Milan can’t not do this.”

The ban, which does not include electronic cigarettes, is being welcomed by smokers and non-smokers alike. Giulio, a doctor, describes it as “a very important decision to show respect to each other”. Emanuela, who is a smoker, says she considers the ban a necessary step: “Everyone knows that cigarettes cause cancer so people should not be forced to inhale our smoke.”

Milan has been one of the cities most devastated by Covid-19 and Emanuela believes smokers increase the risk of transmission by removing their masks, “so I expose myself and other people to the virus”.

What’s going on elsewhere in Europe?

Carolina, a 21-year-old student, believes while the idea is good for the environment it will be hard to change the “Italian habit of smoking wherever you want”.

Lawbreakers will be subject to a €40 (£35) fine but Carolina believes that, unless it is enforced, most people will ignore the ban: “The only way to make people respect this is by sanctions. If you smoke in an area where you’re not allowed to, you get a penalty and you have to pay money. And I’m saying that as a smoker.”

The partial outdoor ban is the first step towards a full one which will come into force in January 2025 and will see cigarettes banned everywhere within 10m of other people, including outside bars and restaurants.

Marta, 47, says it will revolutionise al fresco dining for her: “Having somebody who smokes next to you while you eat is excruciating,” she says.

The council is launching a campaign to encourage bar and restaurant owners to go cigarette-free before 2025, offering “smoking free” stickers to display. Marta, who lived in New York for 17 years, is optimistic.

“I’m used to not smoking in Central Park or by the entrance of buildings, so I know that it can be done. Hopefully more cities will embrace this and we can be a whole country of non-smokers in public places.”