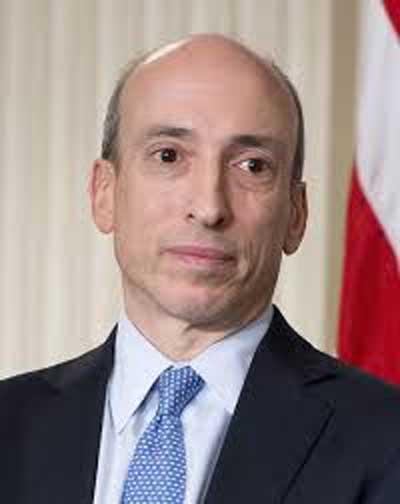 WASHINGTON (Reuters) – Wall Street may be facing an uncomfortable four years after President-elect Joe Biden’s team confirmed on Monday it planned to nominate two consumer champions to lead top financial agencies, signaling a tougher stance on the industry than many had anticipated.

Wall Street-friendly Republicans on Monday criticized Biden for bowing to leftists, warning the picks would be divisive.

“The Biden team is pandering to members of the far-left,” Patrick McHenry, lead Republican on the House of Representatives finance panel said of Chopra, while warning Gensler should “resist pressure to commandeer our securities disclosure regime to try to fix non-economic issues or social problems.”

The chair of the derivatives regulator from 2009 to 2014, Gensler implemented new swaps trading rules created by Congress after the financial crisis, developing a reputation as a tough operator willing to stand up to powerful Wall Street interests.

Chopra helped set up the CFPB after the crisis and served as its first student loan ombudsman. At the FTC, he campaigned for tougher rules for big tech companies on consumer privacy and competition, and for stricter enforcement penalties.

With Republicans appearing to have a good chance to maintain control of the Senate following the Nov. 3 election, financial executives had hoped Biden would pursue more moderate picks. But Democratic victories in two Georgia run-off elections earlier this month mean Democrats will have effective control of the chamber once Biden and Vice President-elect Kamala Harris are sworn in on Wednesday.

On Monday, Brown hailed Chopra as a “bold” choice who would ensure the CFPB “plays a leading role in combating racial inequities in our financial system,” while Gensler would “hold bad actors accountable” and put “working families first.”

Gensler is expected to pursue new corporate disclosures on climate change related-risks, political spending, and the composition and treatment of company workforces, and to complete post-crisis executive compensation curbs, among other rules.

“The CFPB has an incredibly important job to do, including stopping financial rip-offs,” said Lisa Donner, executive director at Americans for Financial Reform, a think tank. “It also has an urgent role to play in helping families survive and recover from the pandemic-induced economic crisis.”

Biden, though, will first have to fire Kathy Kraninger, the current CFPB director, a power he will have thanks to a ruling last year by the Supreme Court which said the CFPB director served at the president’s will.

But Richard Hunt, chief executive of the Consumer Bankers Association, rejected the idea that Biden should automatically use that power.

“CBA does not believe it is in the best interest of consumers to have a new Director with each change in Administration. This whip-saw effect will stifle innovation and prevent consistent regulations,” Hunt said in an usually forceful statement.