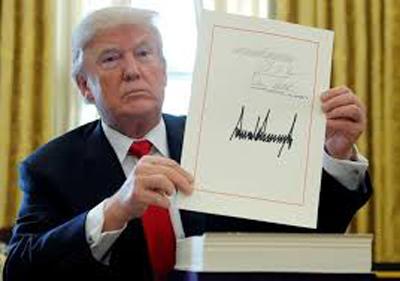 WASHINGTON (Reuters) – From trade wars to tax cuts, from ultra-low unemployment to record highs on stock markets and a high-volume feud with his own Federal Reserve chief, President Donald Trump took the U.S. economy on a wild ride even before the coronavirus drove it off a cliff.

How to sum it up?

The answer as of February 2020 would be different than the answer today. A year ago, the U.S. economy seemed to have settled into a sweet spot of steady growth, low unemployment, low inflation and, finally, rising wages. Trump may have hated the Fed, but in the end the Republican president and the U.S. central bank reached a truce that kept a decade of growth chugging along, and pushed the unemployment rate to a 50-year low.

The pandemic changed all that and will likely leave some deep economic scars. Here’s what stands out:

Broader than the unemployment rate, the statistic captures the numbers of people not just out of work and looking, but who also who have left the labor force altogether, a particular concern during the pandemic. It had been improving steadily and continued to do so under Trump – until March 2020.

“You see it collapse with the virus shutdown and see it bounce back at a rapid pace, then stall,” said Austan Goolsbee, chair of the Council of Economic Advisers under former President Barack Obama and an economics professor at the University of Chicago’s Booth School of Business. “That basically describes the trajectory of the economy. The biggest cause is obvious. The raging out-of-control nature of the virus, which is absolutely tied to horrible policy mistakes and oversight.”

The story of the Trump years can be seen also in the Fed’s benchmark overnight interest rate, also known as the federal funds rate, which was increased as tax cuts and deficit spending led to higher-than-expected economic growth, lowered when a trade war started to grind down global commerce, and cut to near zero when the pandemic hit.

Trump complained mightily about the Fed’s rate increases, and he may have had a point. The central bank, for its own reasons, eventually found its own low-rate religion that worries less about inflation and “overheating,” and won’t likely raise rates again for a long time.

The Fed’s new policy strategy from August 2020 means that “they look back implicitly and see the magnitude of rate hikes in 2017-2018 as a mistake,” said Jason Thomas, head of research at the Carlyle Group. “They fell prey to the models … What we are seeing right now at the Fed is an effort not to fall into the same trap.”

The seeds of “deglobalization” may have been planted well before Trump’s 2016 election victory, and, as the Brexit debate showed, he was not the only politician to exploit the sentiment.

But his willingness to use unilateral tariffs and fight not only with adversaries like China but ostensible allies like Germany rattled the world trade order. He still ended his term with a record U.S. trade deficit, unavoidable perhaps due to the pandemic. But some of his concerns were shared by other countries, for example, over China’s weak enforcement of intellectual property rules.

With not just trade but climate change and other problems on the agenda for the world and President-elect Joe Biden, “a discussion that is more multilateral than bilateral can make more progress,” said Raghuram Rajan, former head of the Reserve Bank of India and a Booth finance professor. “Get trade on the simple, plain vanilla stuff going again … Difficult areas can be put on a separate track … China should not feel it is being cornered.”

Trump treated the stock market like a scorecard for his presidency, noting new records in tweets and blaming any dips on the Fed, among other supposed villains.

Consider it a story in two chapters, however. Before the pandemic, Trump’s combination of corporate tax cuts and deregulation, coupled with continued economic growth, fueled profits and equity prices. After the pandemic it’s less clear why stocks are supercharged, but the Fed’s promise of low interest rates for many years to come and a flood of pandemic aid into the economy play a role.

“Trump was unusual in tying his policies and interpretations of his policies with” equity prices, said Randall Kroszner, a former Fed governor who is now a Booth professor and deputy dean. “Now people are concerned the Fed’s actions and expected stimulus are driving markets to levels that cannot be sustained … but it tells you something about the progress of the U.S. economy, tax changes, regulatory changes.”

So was it, in the end, the greatest economy in the history of the United States?

As with many things about Trump, that depends on who’s being asked. It also hinges on whether the frame of reference relates to short-term outcomes, or longer-term questions of sustainability – like the record level of government debt piled up to fund tax cuts and pandemic relief – or fairness, or the quality of public goods like the environment.

For Democrats, at least, attitudes about the economy brightened notably after Biden’s victory in the Nov. 3 election. For Republicans, the mood soured.

Expectations have swung after both recent elections 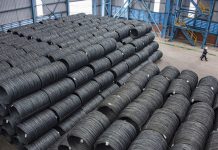 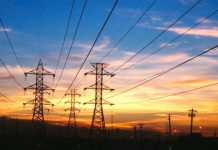