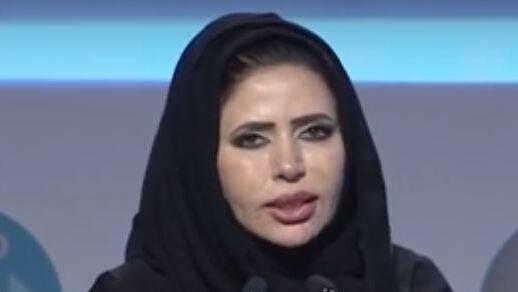 Opinion: The deal between the two nations has already halted annexation and can further strengthen the position of Palestinians, foster an atmosphere of peace and cooperation in the region and encourage shift towards moderation and stability

It is safe to say that the peace agreement between the UAE and Israel represents an important strategic shift, and a fundamental turning point for the long-running conflict between Arabs and Israel.

It can be described as one of the clearest practical manifestations reflecting the new ideological approach being adopted by UAE’s leadership to address the region’s conflicts and challenges.

Concerning the agreement and its strategic implications, the last decade of the 21st century (2010 to 2020) has witnessed a fundamental transformation in the Middle East, so that it could be said that the regional order that we have known since the end of the Second World War has ended.

The states taking the lead on the Arab world have also changed along with the prevailing visions, interests, priorities, and threats.

In the light of this geopolitical context, the peace agreement between the UAE and Israel will surely have broad implications beyond UAE-Israeli, Gulf-Israeli, or even Arab-Israeli relations.

The first results of this bold step between the UAE and Israel is evident in the cessation of Prime Minister Benjamin Netanyahu’s plan to annex one-third of the West Bank territories and parts of the Jordan Valley.

This agreement can provide further leverage, strengthening the position of the Palestinian cause and reintegrating it with the Arab-Israeli conflict.

More importantly, the true benefit of this unprecedented breakthrough is the impact it will have on Israeli public opinion: Fostering an atmosphere of peace and cooperation within the Middle East region, as well as encouraging the shift towards moderation and stability, would show Israel that it has more to gain from taking a peaceful approach in its dealings with Arabs and Palestinians.

The backlash from Iran and Turkey in light of the UAE-Israel peace agreement was driven by their understanding that this agreement will bring forth further stability and moderation in the region, which will stand in the way of Iran’s policies that aim to spread chaos in the Arab world, as well as Turkey’s expansionist policies in Libya, Iraq, Syria and elsewhere.

Many Emirati officials have asserted that this agreement is not meant to provoke any hostility towards Iran, but rather promote stability, development, and security. Any reasonable mind would see this as an opportunity, allowing the UAE to serve as a mediator facilitating a less hostile dialogue between Iran and Israel.

Due to Turkey’s misleading, provocative, and aggressive policies towards many countries of the region, its regional position has weakened significantly. This peace agreement can help Turkey realize that the strategic benefits of dialogue and tolerance far outweigh the immediate gains of coercive and hostile policies.

The Emirati decision to sign a peace agreement with Israel is seen by many as a smart strategic move that will undoubtedly serve both parties, as well as the entire region.

The UAE may have been the first country to take this game-changing step; however, the benefits that will surely be gained as a result of its ties with Israel will prompt more Arab countries to follow its lead.

Dr. Ebtesam al-Ketbi is President of the Emirates Policy Center