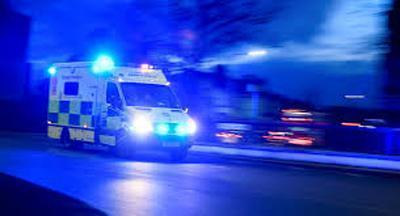 Britain, which is now in the grip of a national coronavirus lockdown, has Europe’s highest COVID-19 death toll that currently stands at more than 90,000, according to Johns Hopkins University.

Right now, the UK has the highest daily coronavirus death rate in the world figures collated by an Oxford University research platform have revealed.

According to Our World in Data, an average of 935 daily fatalities in the past week was the equivalent of more than 16 people per one million dying each day from COVID-19.

The figures were published after UK Prime Minister Boris Johnson stressed that even though he “completely” understands Britons want to return to normal life as soon as possible, “it does depend on things going well”.

“It depends on the vaccination programme going well, it depends on there being no new variants that throw our plans out and we have to mitigate against, and it depends on everybody, all of us, remembering that we’re not out of the woods yet”, Johnson underscored.

The statement followed Foreign Secretary Dominic Raab saying late last week that the government hopes to ease some lockdown restrictions before the end of February as London presses ahead with the early rollout of a COVID-19 vaccine.

“What we want to do is get out of this national lockdown as soon as possible. By early spring, hopefully by March, we’ll be in a position to make those decisions. I think it’s right to say we won’t do it all in one big bang. As we phase out the national lockdown, I think we’ll end up phasing through a [regional] tiered approach”, Raab noted.

He spoke after Johnson called for vaccinating a total of 14 million people in the UK by mid-February. According to the prime minister, they should include the oldest age groups, as well as the clinically vulnerable and frontline workers.

The UK has been under a national coronavirus lockdown since 5 January, restrictions that stipulate the closure of schools and non-essential businesses, as well as people being ordered to work from home if possible.

As of Monday, confirmed COVID-19 cases in Britain had climbed to 3,443,350, with 90,031 fatalities, according to the latest update from Johns Hopkins University.