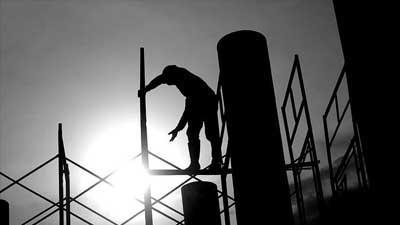 Speaking at a meeting in Ankara organized by the Turkish Contractors Association (TMB) to evaluate the past year, Pekcan said Turkey’s contracting sector had carried out a total of 10,525 projects worth $418.7 billion in 128 different countries to date.

The level the sector reached despite the COVID-19 pandemic represents a success, Pekcan said, noting that the world had witnessed the largest commercial contraction since World War II.

“The Commonwealth of Independent States, the Middle East and North Africa have become our traditional markets. In total, the projects conducted by Turkish firms in these regions made up 84.4 percent of all our projects [to date],” she said.

Turkish contractors have mostly carried out residential, highway, business center, power plant, and airport construction projects, with the combined volume of those ventures amounting to $200 billion, according to the minister.

She noted that local contracting companies are accelerating their efforts to diversify their markets.