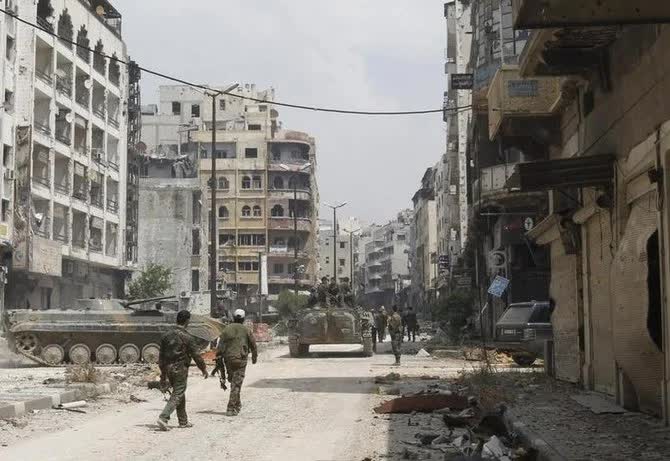 The central province of Homs has, in recent months, seen hit-and-run attacks on government forces by remnants of Daesh militants. (Reuters/File Photo)

DAMASCUS: Syrian state media said three loud explosions were heard in the city of Homs on Tuesday and initial reports said they were near oil storage tankers near the country’s main Homs refinery.

The news flash from state media gave no details on casualties but said civil defence units had rushed to the site with conflicting reports on where the blasts were located in the city.

A correspondent at the state-owned Al-Ikhbariyah television station said a fire had erupted in oil storage tankers in an area near the country’s main Homs refinery.

It was not clear if the explosions were an accident or the result of sabotage in a war-torn country where violence has subsided but insurgents and rebels still wage attacks in government-held areas.

The central province of Homs has, in recent months, seen hit-and-run attacks on government forces by remnants of Daesh militants who take shelter in outlying sparsely populated areas.

The Russian air force has also been active in helping the Syrian army bomb suspected hideouts of militants in the Homs area.