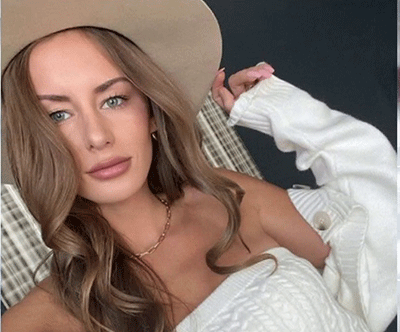 The Texas-based social media influencer who was found dead shortly after Thanksgiving along a Houston roadway was strangled to death, authorities announced Tuesday.

Alexis Sharkey’s naked corpse was found around 8:30 a.m. on Nov. 28 near Red Haw Lane, officials said, by a city public works employee who reported seeing feet in some bushes along the street, according to reports at the time.

On Tuesday – more than seven weeks since the gruesome discovery – a spokesperson for the Harris County Institute of Forensic Sciences told Fox News the 26-year-old’s death has been deemed a homicide.

Alexis’ husband, Tom Sharkey, told local news station ABC13 shortly after her death that his wife was unhappy and “stressed” before she left their house on the Friday after Thanksgiving. Her body was found the next day.

He denied that he and his wife were in the process of filing for a divorce and told the news station he and Alexis “didn’t fight when she left.”

Police have not identified any suspects and have not announced any update in the case since December.

The Daily Beast, citing Alexis Sharkey’s friends, reported the young woman wanted to file for divorce or was already in the process of getting one. She spent a recent trip arguing with her husband and said he “had been putting hands on her,” one friend said.

“Throughout the trip, he was sending really awful, nasty messages to her,” said the friend, who asked to remain anonymous. “But one night when she and I were talking alone she said, ‘He strangles me and chokes me out and I black out and wake up on the bathroom floor every single time.'”

Sharkey, who boasted a large following on social media, and her husband moved to northwest Houston at the beginning of the year following their wedding, her mother, Stacey Robinault, previously told Fox News.

Robinault, of Pennsylvania, said Tom Sharkey told her that his wife “took off” and she grew concerned.

“Everyone was in a panic. Her friends. It made our panic worse,” she said.

Robinault is adamant her daughter “didn’t wind up where she was found on her own.” She previously told Click2Houston.com she believes her daughter’s death was not an accident.

“The way in which she was found – my child would never do that to herself,” Robinault reportedly said. “That doesn’t even make sense. That is absolutely foul play.”

She later told Fox News there was “no doubt” in her mind that foul play was involved in her daughter’s death, but said Sharkey “never expressed any fear of anything to me.”