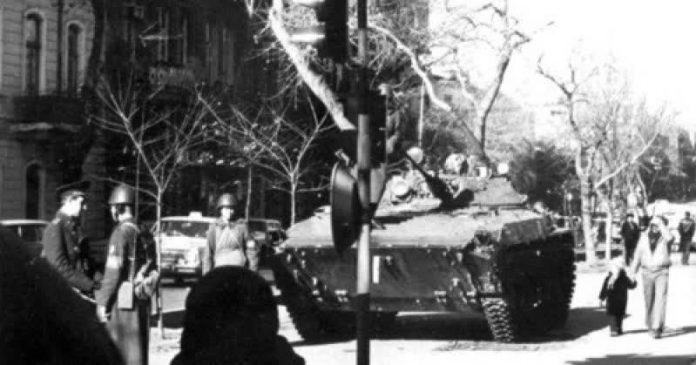 https://www.turan.az-Baku/20.01.21/Turan: The leadership of the former USSR is directly responsible for the massacre committed by the Soviet army in January 1990 in Baku and other cities of Azerbaijan, which resulted in the massacres of civilians. This is stated in the statement of the Azerbaijani Foreign Ministry.

On the night of January 19-20, 1990, by order of the leadership of the USSR, a 26,000-strong Soviet army was brought into Baku, Sumgait and other cities of Azerbaijan. As a result, 147 civilians were killed and 744 were injured. The tragedy went down in the history of modern Azerbaijan as “Black January”, the document says.

Armenia’s unfounded territorial claims against Azerbaijan in the late 1980s, the aggressive separatist activities of radical Armenians in the Nagorno-Karabakh Autonomous Region of the former Azerbaijan SSR, the support of this activity by the USSR leadership, and the brutal deportation of hundreds of thousands of Azerbaijanis from Armenia itself increased discontent with the Soviet government.

In order to suppress the national movement and break the determination of the Azerbaijani people in the struggle for independence, contrary to the norms of international law, the Constitution of the USSR and the Azerbaijan SSR, units of the Soviet army were brought into Baku, which committed mass murders.

At a special session in February 1994, the Milli Mejlis called these actions “an act of military aggression and a crime.”

Despite the fact that 31 years have passed, these events have not been given an international political and legal assessment. “The former Soviet leadership is directly responsible for this crime. According to international law, the events of January 20 should be interpreted as a crime against humanity, and its customers and perpetrators should be punished, ”the Foreign Ministry said in a statement.

The Azerbaijani state is taking all necessary steps to ensure that those guilty of crimes against the Azerbaijani people and the state are accountable before the law, the Foreign Ministry said in a statement.

Note that until now Azerbaijan has not initiated a criminal case against Mikhail Gorbachev personally, who made a decision to send troops to Baku and signed a decree on the introduction of a state of emergency in Azerbaijan in violation of the law. Also, the then Minister of Defense of the USSR Yazov, the head of the Ministry of Internal Affairs Bakatin, the Representative of the Supreme Council Yevgeny Primakov and other leaders involved in crimes against the inhabitants of Azerbaijan were not brought to justice (even in absentia).