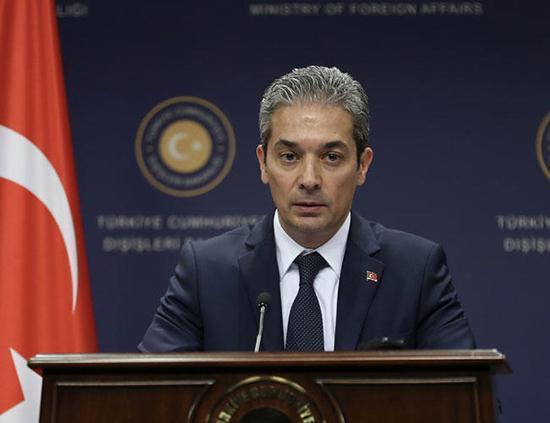 Turkey said the territorial status of the waters of the Aegean, which it shares with neighbour Greece, remain unaffected after the Greek parliament passed legislation extending boundaries in the Ionian Sea.

The measure affects waters up to the south of the Peloponnesian Peninsula and does not impact the Aegean in any way, Turkish Foreign Ministry spokesman Hami Aksoy said on Wednesday, according to the state-run Anadolu news agency.

Turkey has vital rights and interests in the semi-enclosed Aegean, Aksoy said.

“Turkey’s position that the territorial waters in the Aegean Sea should not be unilaterally extended in a way to restrict the freedom of navigation, as well as the access to the high seas of both Turkey and third countries is well-known by all parties,” he said.

Greece and Turkey are embroiled in a political spat over territorial rights. The two governments are due to hold preliminary talks to resolve their differences in Istanbul next week but have disagreed on the scope of the discussions.