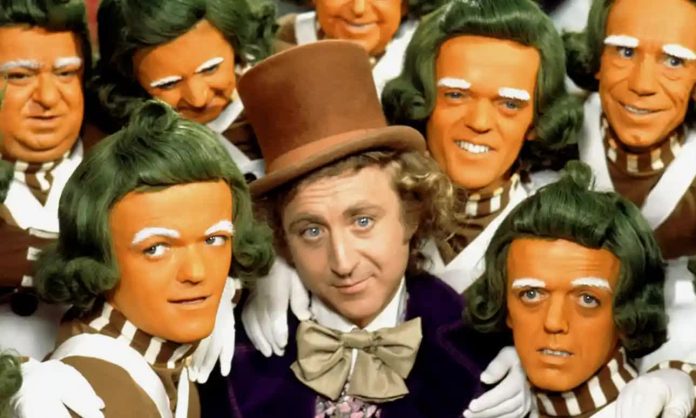 A charmingly inconsistent sociopath … Gene Wilder with the Oompa Loompas in Willy Wonka and the Chocolate Factory. Photograph: Moviestore/Rex/Shutterstock

Will Paul King’s planned prequel follow in the pawprints of Paddington? Or might it stick closer to Warner Bros’ most recent origins hit: Joker?

It was announced this week that Warner Bros has greenlit what might arguably qualify as the most pointless film in cinema history: a Willy Wonka origin story.

The film called Wonka will be released in 2023, it has been in development for the last four years and there are plans to shoot in the UK in September. No casting decisions have been announced, although both Tom Holland and Timothée Chalamet have been linked to the lead role. That is currently all we know, apart from the fact that it will be terrible.

Actually, let me qualify that a little. In truth the Wonka prequel may well turn out to be very good indeed. After all, it will be directed by Paul King and co-written by Simon Farnaby; two men who know a thing or two about winning people over.

Remember the very first image released from their Paddington adaptation? It showed a CGI Paddington (which was sacrilege in itself at the time) looking creepy and bedraggled, like he’d just spent three hours dismembering schoolchildren in the woods. Everyone who saw that image immediately rushed to the conclusion that reboot would be an affront to everything they held dear. Then of course the films were released, and they were so relentlessly delightful that the same people collectively chose to fast-track them to national treasure status.

Paddington has given Farnaby and King all the goodwill in the world. As things stand, they have an entirely unblemished record. They can do no wrong. They could have announced a sock puppet musical based on the life of Jeffrey Dahmer as their next project and people would have still clamoured to see it.

Despite this, Wonka may yet prove to be an overstretch. As a character, Willy Wonka is unusually brittle, only truly succeeding when he’s kept within the confines of Charlie and the Chocolate Factory. In Roald Dahl’s book, where he remains mysterious and opaque throughout, he’s a titan of children’s literature. When he was played by Gene Wilder in 1971’s Willy Wonka and the Chocolate Factory, his lack of backstory meant that he could get away with being a charmingly inconsistent sociopath.

The problems arise when creators start to take liberties with this great unknown figure. Tim Burton’s incoherent 2005 Charlie and the Chocolate Factory remake lost its way the moment it opted to give Wonka a tangible motivation. In that film, the chocolate factory existed as a manifestation of generational revenge, a grand scheme to get one over on his dentist father who never let him eat sweets as a child. This belaboured explanation wasn’t just unnecessary; it also cheapened the character. It meant that he was no longer a figure of intrigue. It meant that he became, yuck, a mortal.

Even Dahl didn’t have much luck with Willy Wonka outside of Charlie and the Chocolate Factory. The book’s sequel, Charlie and the Great Glass Elevator, was meandering and tedious and so inferior to the original that nobody has ever attempted to make it into a film. Worse yet, it didn’t have the first clue of what to do with Willy Wonka once he’d left the chocolate factory. Tellingly, a third book in the series – Charlie in the White House – was ditched by Dahl after just a single chapter was completed.

So the thought of an entire film that painstakingly describes what made Wonka has the potential to be punishingly dull. The worst case scenario is that it will grind out explanation after explanation for every little trinket that gets mentioned in Charlie and the Chocolate Factory. Do we need a sequence where he comes to acquire his top hat? Do we really need to see the formative inspiration that led to the creation of the chocolate river? Truly, we do not. People have tried to make this sort of over-explanatory film before, most notably with the Star Wars prequel Solo, and they tend to be greeted with nothing but shrugs.

So what, then, could the Wonka prequel be about? It can’t be about his parents, because Burton has already ruined that. It can’t be about how he came to employ the Oompa Loompas, because that would be a film about colonisation, which doesn’t seem like it would sit particularly well in the current climate. Could it be about the origins of Wonka’s cruel idealism, and how it came to manifest itself in a burning hatred for children? I mean, it could, but that probably wouldn’t get as many bums on seats as Warner Bros would like.

Or maybe it would. After all, Joker proved the popularity of oppressively bleak origin stories. Nobody needed to know the history of The Joker. The definitive Joker is still the one from The Dark Knight, who sharked in and out of the story without ever definitively explaining himself, so the thought of giving the same character a long dreary film where he could repeatedly describe the precise combination of mental illness and socioeconomic circumstances that led to his creation felt like an enormous act of narrative overkill. And yet the film made a billion dollars and won two Oscars. So who knows? Maybe Wonka will copy the Joker formula and end up with Willy Wonka shooting Michael Aspel in the chest and leading a violent citywide insurgency.

Of course, Joker also proved that nothing sells like existing intellectual property and this might explain why Wonka came to be. The 10 biggest movies of 2019 included four films about comic book characters, two remakes of Disney cartoons, two Disney sequels, a Star Wars film and a sequel to a reboot of Jumanji. Even the biggest non-English movie of that year, Ne Zha, was based on a 16th-century Chinese novel. In fact, the top 28 films of the year were either sequels, reboots, adaptations of existing work or dramatisations of well-known historical events.

You need an icon to cut through a logjam like that and Willy Wonka is certainly an icon. He appears in books that have sold tens of millions of copies and films that have grossed almost half a billion dollars. He’s a known quantity with cross-generational appeal, and these days that is half the battle won. It’s still no guarantee of success, but it’s a much safer bet than sinking a blockbuster budget on an unproved idea.

Besides, it isn’t like Wonka has much competition if it wants to be beloved. The vast majority of origin story prequels are terrible. Nobody is rushing out to watch Dumb and Dumberer, Dracula Untold, The First Purge, Butch and Sundance: The Early Days, Van Wilder: Freshman Year or Psycho IV: The Beginning, because these films were made from a position of total creative poverty.

Sometimes, though, they can be made with love. Monsters University isn’t a classic but it’s a worthy addition to Monsters, Inc. And, if it’s late and you’re drunk, Kong: Skull Island is a lot of fun. Wonka doesn’t have many hurdles to clear if it wants to be the best origin story prequel ever made. After all, it has an astonishingly talented team behind it. Stranger things have happened.