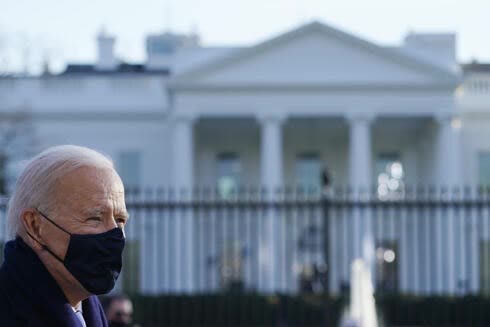 In Europe, close allies finally see chance to come in out of the cold after strained security and economic ties with Trump, while across globe chance to repair frayed alliances and work together on problems extending beyond borders carry the day

U.S. President Joe Biden approaches the White House for the first time after his inauguration, Jan. 20, 2021

Leaders across the globe welcomed the arrival of U.S. President Joe Biden and the end of the often confrontational presidency of Donald Trump, noting the world’s most pressing problems, including the COVID-19 pandemic and climate change, require multilateral cooperation, an approach Trump ridiculed.

Many expressed hope Wednesday that Biden would right the world’s largest democracy two weeks after they watched rioters storm the Capitol, shaking the faith of those fighting for democracy in their own countries.

Governments targeted and sanctioned under Trump embraced the chance for a fresh start with Biden, while some heads of state who lauded Trump’s blend of nationalism and populism were more restrained in their expectations for the Biden administration — and in some cases spoke nostalgically of the Trump years.

But a chance to repair frayed alliances and work together to address problems extending beyond any one country’s borders carried the day.

“As a matter of fact, if we don’t cooperate, all nations to fight climate change, then we will all perish. It’s as simple as that,” Santos said.

French President Emmanuel Macron also noted the urgency of addressing the perils the world faces from climate change after Trump withdrew the U.S. from the Paris climate accord, a move Biden was to reverse in the first hours of his presidency.

With Biden, “we will be stronger to face the challenges of our time. Stronger to build our future. Stronger to protect our planet,” he wrote on Twitter. “Welcome back to the Paris Agreement!”

Elsewhere in Europe, close U.S. allies finally saw a chance to come in out of the cold after strained security and economic relationships with the Trump administration.

“This new dawn in America is the moment we’ve been awaiting for so long,” said European Commission President Ursula von der Leyen, hailing Biden’s arrival as “resounding proof that, once again after four long years, Europe has a friend in the White House.”

“We have our differences and they will not magically disappear. America seems to have changed, and how it’s perceived in Europe and the rest of the world has also changed,” added Michel, whose open criticism of the Trump era contrasted with the silence that mostly reigned in Europe while the Republican leader was in the White House.

“Despite the attempts to tear at America’s institutional fabric, election workers and governors, the judiciary and Congress have proven strong,” he said.

With Biden and incoming Vice President Kamala Harris, Steinmeier said the U.S. would again be a “vital partner” to tackle issues like the coronavirus pandemic, climate change, security issues including arms control and disarmament, and multiple conflicts.

Pope Francis urged Biden to help foster reconciliation in the U.S. and build up a society “marked by authentic justice and freedom” and looking out especially for the poor.

The “grave crises” facing all of humanity call for farsighted responses, Francis said.

“I look forward to working with you to further strengthen the U.S.-Israel alliance, to continue expanding peace between Israel and the Arab world and to confront common challenges, chief among them the threat posed by Iran,” Netanyahu said.

Pakistani Prime Minister Imran Khan, whose country has had a tumultuous relationship with Washington, having been criticized for aiding the Afghan Taliban, said in a tweet he looked forward to building a stronger partnership through trade, economic engagement and countering climate change.

In Latin America, Biden faces immediate challenges on immigration and the leaders of the two most populous countries — Brazil and Mexico — were chummy with Trump. The Trump administration also took a hard line against governments in Cuba, Venezuela and Nicaragua, expanding painful sanctions.

In Venezuela, the government of President Nicolas Maduro urged a renewed dialogue with the Biden administration, while hoping the incoming president abandons the avalanche of damaging sanctions Trump imposed to attempt a regime change.

An estimated 5 million Venezuelans have migrated out of the South American nation in recent years, fleeing shortages of food, medicine and basic services such as running water and gasoline, despite sitting atop the world’s largest crude reserves.

Carlos Vecchio, Guaido’s envoy in Washington who the U.S. recognizes as Venezuela’s ambassador, tweeted photos of himself standing in front of the inauguration ceremony Wednesday.

The invitation to attend was touted by Venezuela’s opposition as evidence the Biden administration will continue its strong support and resist entreaties by Maduro to engage in dialogue that the U.S. has strenuously rejected until now.

Cuba’s leaders perhaps have a more realistic hope for improved relations. After all, Biden was in the White House for the historic thaw in relations in 2014. Various officials said they were willing to reopen a dialogue with Washington if there was respect for Cuba’s sovereignty.

President Miguel Díaz-Canel railed against Trump via Twitter, citing “more than 200 measures that tightened the financial, commercial and economic blockade, the expression of a despicable and inhuman policy.”

In Mexico, President Andrés Manuel López Obrador, who cultivated an unexpectedly friendly relationship with Trump and was one of the last world leaders to recognize Biden’s victory, read from a letter he sent to Biden in 2012, calling for a reorienting of the bilateral relationship away from security and military aid and toward development.

He urged Biden to implement immigration reform, and added: “We need to maintain a very good relationship with the United States government and I don’t have any doubt that it’s going to be that way.” 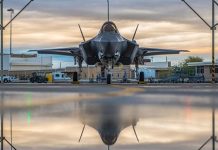