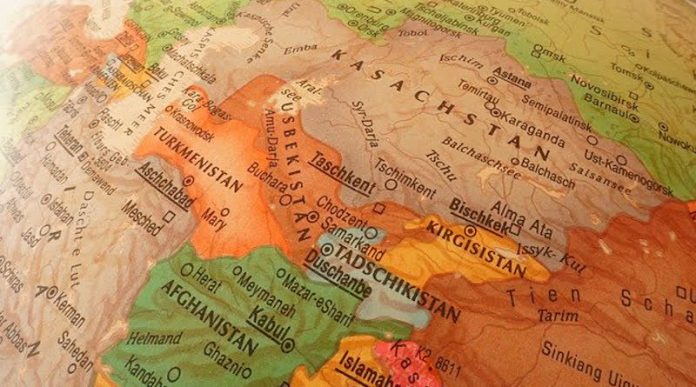 By Alexander Cooley and Daniel Nexon*

As Joe Biden takes office, many people are optimistic that he can restore international confidence in the United States and return America to its proper place as a global leader. But that may not be possible. In our book Exit from Hegemony we argue that the era of American global hegemony is over and that the international order built by Washington in the immediate post-Cold War era has eroded significantly. It has been replaced by an emerging order that is more contested and multipolar. While U.S. President Trump helped to accelerate some of these dynamics, these pathways of change predated his tenure and will only continue to accelerate during the Biden Administration.

We identify three distinct pathways of hegemonic unraveling, all well underway, what we refer to as the rise of revisionist challengers (“Exit from Above”), the role of weaker states in soliciting alternative patrons (“Exit from Below”) and the increasing contestation in transnational networks between liberal and illiberal ideas and norms (“Exit from Within”).

These changes in international ordering are rooted in a current power transition, as power, especially economic power, is diffusing from what was considered the global transatlantic core to the Global South. This power transition has shattered what, in the 1990s, was commonly viewed as a monopoly on resources and goods enjoyed by the US and its allies in global governance. But it has also fueled new revisionist ideas, norms and practices about what a post-U.S. international order should look like and function.

Central Asia in the 1990s and International Ordering Dynamics

Central Asia illustrates the effects of all three of these vectors.  The region was initially integrated, upon securing independence in the 1990s, into many of the security, economic and normative institutions and aspects of the liberal international order. Politically, they were each admitted to the expanded Organization for Security and Cooperation in Europe (OSCE) which was committed a broad range of liberal governance aims, such as guaranteeing minority rights, ensuring media freedom, and reforming police and security services. Economically, the Central Asian states courted Western investors and relied upon international financial institutions such as the IMF, World Bank, European Bank for Reconstruction and Development and Asian Development Bank for development assistance and emergency finance, while the United States, European Union and Japan provided the lion’s share of additional bilateral funds and technical assistance for the perceived economic and political post-Communist transitions. In the wake of the attacks of 9/11, the United States negotiated access to military bases on the territories of Uzbekistan and Kyrgyzstan to assist with Operation Enduring Freedom in Afghanistan. But this integration was relatively weak and the socialization rather superficial. Central Asian states were never envisioned as potential members of the core membership bodies of the liberal international order, such as the European Union or NATO.

The United States and its NATO allies had to manage the tension between maintaining basing access and security cooperation with the Central Asian governments, while publicly remaining committed to promoting democratization and human rights. Ultimately, the tension came to a head when, after the Uzbek government in May 2005 brutally cracked down on protestors in the eastern city of Andijon, U.S. officials joined international criticism of the Uzbek government. Two months later, the Uzbek government formally evicted the U.S. from its facility in K2. The U.S. withdrawal from Uzbekistan also marked the beginning of a broader retrenchment of liberal ordering in the mid and later 2000s and the rise of contending regional powers, political norms and ordering institutions that rapidly transformed Central Asia from a sparsely ordered region on the perimeter of the liberal international order, to a more dense and contested area.

Exit From Above: The Rise of Russia and China

The first pathway from hegemony– “Exit from Above”– refers to the rise of new great powers that promote counter-ordering institutions. Both Russia and, increasingly China, have been viewed as the main revisionist challengers to the liberal international order. The main vehicle for these counter-ordering efforts have been new economic and security regional organizations established by Moscow and Beijing to project their agendas and check the influence of Western counterparts. For Russia, this has included founding the Collective Security Treaty Organization (CSTO) as a regional security alternative to NATO, while in the economic sphere Russia has pushed for ever-increasing regional integration through the Eurasian Economic Union. For China, the most important of these new organizations is the Shanghai Cooperation Organization (SCO) founded in 2001. And in 2016 China also founded the Quadrilateral Cooperation and Coordination Mechanism (QCCM), established to promote regional anti-terrorist coordination and security cooperation between Tajikistan, Afghanistan and Pakistan. Around the same time investigative reports revealed that Beijing concluded an agreement to establish a military base in Tajikistan, with Chinese troops given the authority to patrol large swathes of the Tajikistan-Afghanistan border.

Although some Western commentators and policymakers regularly downplay the significance of these regional organizations– dismissing them as “talk shops” or symbolic organizations– their rise has nevertheless fundamentally transformed the ecology of Central Asian regional relations. Simply put, the Central Asians states attend more summits, working groups and interagency groups convened by Russia and China than they do for the liberal ordering organizations. Groups like the CIS Parliamentary Assembly also provide an important mechanism for prompting legal harmonization through the diffusion of copycat legislation, while the norms and values adopted by these regional bodies– such as the SCO’s “Shanghai Spirit”– implicitly criticize or downplay the universality of political liberalism, while emphasizing the importance of authoritarian counter-norms like sovereignty, civilizational diversity and traditional values.

Exit From Below: Small States and Public Goods Substitution

Our second pathway is the increasing willingness of weaker states to openly pursue or leverage partnerships with alternative powers. In the 2000s the West’s patronage monopoly was dramatically broken by the rise of both Russia and China as goods providers. The total volume of Chinese trade with the region (imports and exports) was still below $1 billion in 2000, but this would increase 50-fold over the course of the decade as China assumed its role as the dominant economic player in the region. Indeed, by the 2010s, China has eclipsed the total of all OECD and multilateral lenders as the primary source of assistance to the region’s smaller states. Chinese and Russian loans do not carry these same types of liberalizing demands, either in the economic or political spheres, as their Western counterparts, something that has been commented on by the Central Asian governments themselves. Beyond just economic goods, such organizations also provide important political goods and symbolic roles that explicitly affirm the sovereignty and integrity of Central Asian regimes. Moreover, Central Asian governments can now actively leverage the availability of Russia and China as alternative patrons to extract greater concessions from the West or push back against unwanted political conditions.

Exit From Within: The Rise of Contested Transnationalism

The third pathway on display in Central Asia was the rise of contested transnationalism. During the 1990s, scholars and observers of non-governmental organizations (NGOs) tended to view their role in spreading liberal norms and values with great optimism. In the 1990s, liberal civil society was not universally embraced, but for the most part NGOs were mostly permitted to operate and advocate.

But a critical turning point in how Central Asian governments and publics viewed liberal transnational actors was the wave of the so-called Color Revolutions of the mid-2000s. Central Asian governments took steps to curtail the activities of Western NGOs, which they now regarded as potential threats to regime security and not just political annoyances. In the meantime, the OSCE’s own “human dimension” activities, meant to promote media freedom, minority rights and civil society also ground to a halt, while the organization’s security reform projects were stripped of much of their democratic values training in order to make the more palatable to the regions autocratic regimes.

Not only did transnational actors promoting liberal ordering lose their influence, but the region has witnessed the rise of actors now promoting illiberal norms in a variety of settings. The SCO and the CIS began openly criticizing the inappropriateness of political liberalism, while also creating new formal and informal legal frameworks that allowed, in the extraterritorial actions against political exiles in name of counterterrorism,  including rapid extradition requests, investigations and even renditions. Moreover, the work of remaining transnational actors was also diluted. For example, a plethora of new observers– some associated with new regional organizations– now routinely observe Central Asian national elections. The presence of multiple organizations allows governments to deflect and dilute any single critical assessment. When in 2019 the ODIHR acutely criticized Kazakhstan’s new President Kassym-Jomart Tokayev responded by saying the OSCE was “just one of the international organizations [monitoring the vote] we should not focus on the assessment of this particular organization.”

Proclamations about the untimely death of U.S. hegemony have been proven wrong in the past. But we argue that Central Asian provides compelling evidence as to why this time transformations in the liberal international order are likely to prove far more significant and enduring. During the 1990s, the norms, institutions and actors associated with liberal ordering were pretty much the only source for integrating the new Central Asian states into global governance. However now, Central Asia is a far more dense and contested region, where different sources of order and norms openly co-exist, compete and interact with one another.  This richer and more crowded external environment offers important opportunities for the Central Asian governments and social actors, making the region an important arena of multipolar politics and setting for new forms of international ordering for many years to come.

This piece is a collaboration between the Foreign Policy Research Institute and the Oxus Society for Central Asian Affairs.

The views expressed in this article are those of the authors alone and do not necessarily reflect the position of the Foreign Policy Research Institute, a non-partisan organization that seeks to publish well-argued, policy-oriented articles on American foreign policy and national security priorities.

Founded in 1955, FPRI (http://www.fpri.org/) is a 501(c)(3) non-profit organization devoted to bringing the insights of scholarship to bear on the development of policies that advance U.S. national interests and seeks to add perspective to events by fitting them into the larger historical and cultural context of international politics.